Sunrisers Hyderabad won the Toss and Chose to Bat First 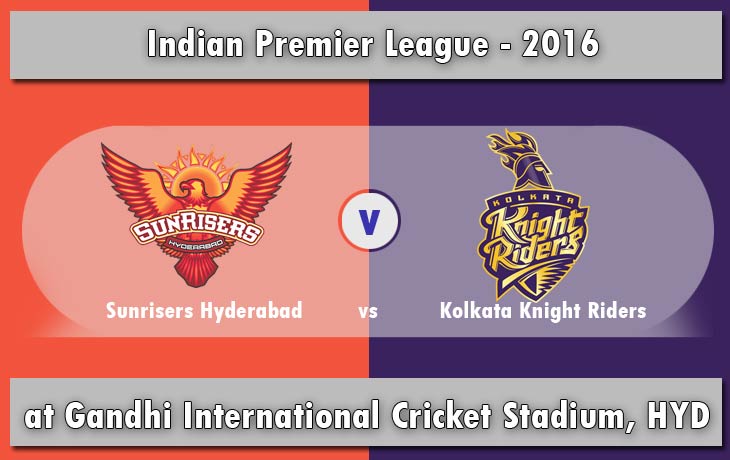 The Bowling department compacted of Sunrisers Hyderabad with the name of Ashish Nehra, Bhuvneshwar Kumar, Karn Sharma and new man Mustafizur Rahman. Most recently, the mentor of the team, VVS Laxman said about his team and their Potential.

VVS Laxman: We got abundance of potential and talent in this team and if we play to our potential, we will achieve our goal which is to win the IPL.

The team was also packed with the strong batting lineups such as skipper David Warner, Shikhar Dhawan, Moises Henriques, Kane Williamson and Yuvraj Singh. One of the expectation on SRH fans about the presence of Yuvraj Sigh, who injured on the Last tournament, T20 World Cup 2016.

It is essential situation about to show the original skills on today’s ground with their Fan’s cheers. The top order batsman of Sunrisers Hyderabad should be comes up and will play the match as a interestingly. It makes the audience as Happy return.

The Two time IPL title winner lost their lost match against with Mumbai Indians but they starts their IPL 2016 with the winning against Delhi Daredevils. In the Last match, KKR fails to arrange their bowlling order with the IPL 2015 fame Sunil Narine. If the skipper added his name on the Playing 11 of KKR mean, it is the extra boost for the team’s bowling. Also, this IPL 2016 was consist with the another extraordinary bowler Brad Hogg. Even though, the team stopped the score of Delhi Daredevils under 100 with the help of Andre Russell.

Also Read the Winning match of KKR against Delhi Daredevils

It may be an match with extra treat for Shahrukh Khan in this week end included with his happiness about the success of FAN. Robin Uthappa, skipper Gautam Gambhir, Russel and Manish Pandey are the key player of KKR.