The Official website has announced the SSC CGL Tier 1 results declaration date on October 14. In that official notification, they mentioned that the exam was conducted about 415 centers in 96 cities across the country. But, 15 lakh candidates only appeared out of 38 lakh registered candidates. Due to some reasons, the administrative was also conducted the re-examination for the second shift on October 27 for those who all appeared on the exam on August 27 at 4.15 PM to 5.30 PM.

The notification had also mentioned the tentative exam date for the CGL Tier 2 as 30th November 2016 to 02nd December 2016. The Staff Selection Commission is conducting the exams for every year to fill the vacancy of various department of India Government. 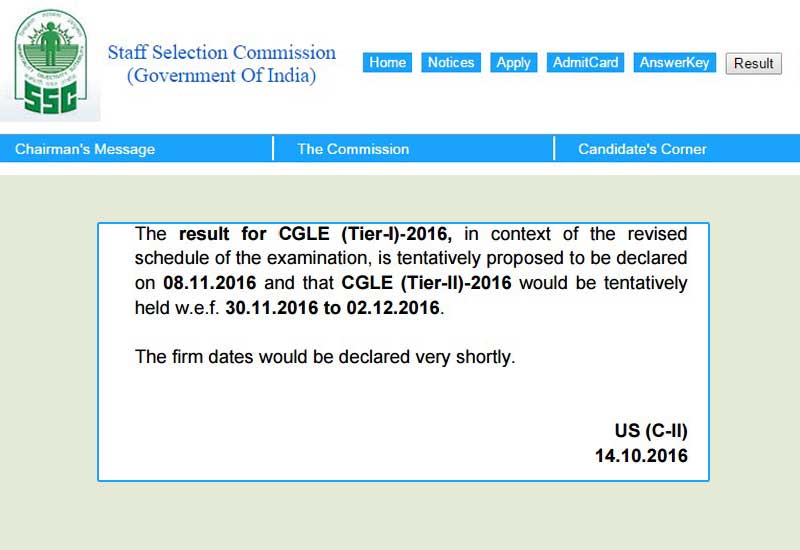 The Staff Selection Commission will be declared the official SSC CGL Tier 2 – 2016 exam dates as soon. The Chairman has also stated that the final results will be announced at the end of April 2017. Read the Guide to Get the SSC CGL Tier 1 results here below.

Share this News with the people those who all attended the SSC CGL Tier 1 Examination. And Stay tuned with WORLDHAB for the latest news of SSC and other exam results update.