Some people believe that NFL stadiums should have retractable roofs or play indoors entirely to avoid the inclement weather of wind, rain, sleet, and snow. Playing in a dome sometimes can be an advantage for certain teams, which is why some teams struggle to play on the road because of the cold weather conditions in December and January.

There are many great venues to check out during the regular season with different features within the stadiums. The NFL Odds are out for the 2022 season. Which are some of the best dome stadiums/retractable roof places to see a football game this season, no matter how cheap or expensive it is? 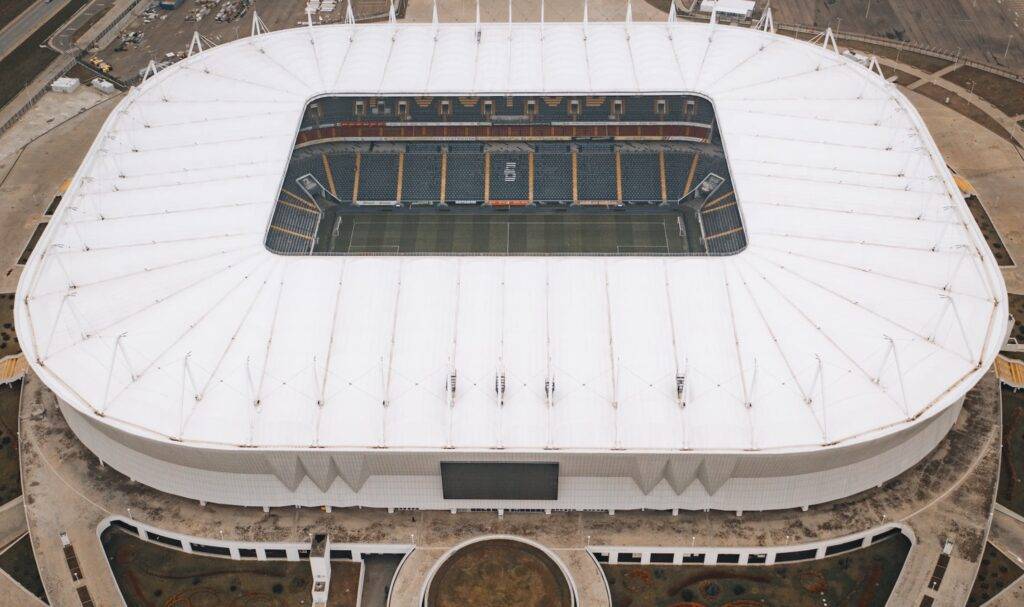 The Mercedes-Benz Stadium is home to the Atlanta Falcons in Atlanta, Georgia. The Falcons may not be a hot ticket in town, but it is one of the newer stadiums in the entire NFL.

Atlanta has many great places to check out and is a great sports town. A lot of people like to go nightclubbing in the area as well.

It is also not far from State Farm Arena, home of the Atlanta Hawks in the NBA, and also Truist Park, which is home to the Atlanta Braves in the MLB. This is one of the best big cities to go visit in the south.

It feels like more of a rural area than anything else. But there are also other tourist destinations to visit in the Peach State.

The Caesars Superdome is home to the New Orleans Saints in New Orleans, Louisiana. Football is such a big deal in the state of Louisiana. The Saints will be a decent draw this season, and it feels like a college town feel and a party town more than anything else.

The colleges of Tulane and LSU are also not far from either.

The Caesars Superdome also hosts other events throughout the season. Football and partying are the best things to do down there, and go bar crawling. It is probably one of the best small cities in the United States of America.

New Orleans, Louisiana, is also home to the New Orleans Pelicans in the NBA, where their games are played at the Smoothie King Center.

Lucas Oil Stadium is home to the Indianapolis Colts in Indianapolis, Indiana. They always have a great fan base over there and always support their team.

The Colts are a big deal in this town and have had success over the years despite only one Super Bowl title in franchise history.

This stadium has also hosted Final Fours and other various events in town. There are also various tourist destinations to check out.

Some people feel like there may not be much to do, but there is always something interesting to check out in the area though. Bankers Life FieldHouse in Indianapolis, Indiana, is home to the Indiana Pacers in the NBA.

A lot of people who are fans of the visiting teams will want to check this out. There are also other tons of shops, bars, and restaurants in that area.

Globe Life Field, home of the Texas Rangers in the MLB, is literally right next door. Not far from the area is the American Airlines Center, which is home to the Dallas Mavericks of the NBA and the Dallas Stars of the NHL.