Both managers have opted for changes this afternoon from their previous outings, with Mark Hughes being forced into one due to the suspended Arnautovic, which sees Bojan introduced into the side. Meanwhile, Claudio Ranieri makes two alterations at the back by bringing in Danny Simpson and Kasper Schmeichel.

You can get live updates of Stoke City vs Leicester City English premier league match at ESPN Football. 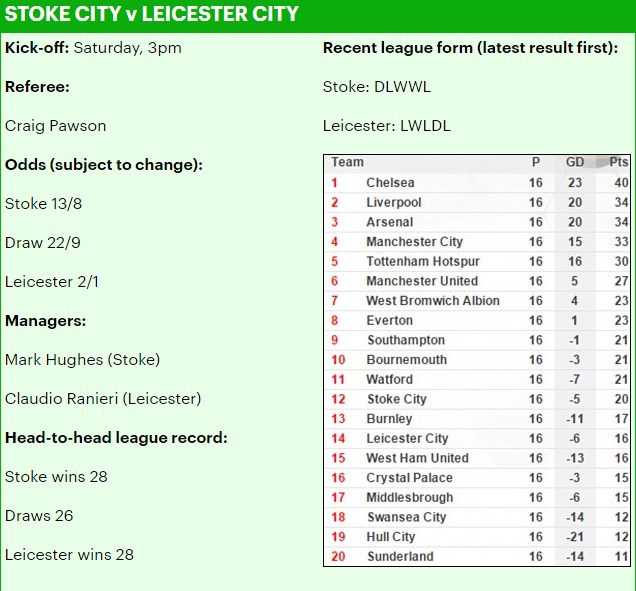 Leicester City have conceded in each of their last 10 Premier League away games – their worst run since April 2002 (also 10). They last conceded in 11 successive away PL games in October 2011 (17 away games in a row).

Leicester’s return of one point from their first eight away games of the season is the lowest total by a defending top-flight champion.

Stoke City haven’t seen an English player score a Premier League goal for them (excl. OGs) since May 24th 2015 – 55 games ago. Peter Crouch scored on that day.