Check out the Top 20 Contestants name with their photos and details Here!

Super Singer 8 Contestants List: Star Vijay Television’s popular reality show is back again with its eighth edition. Super Singer Season 8 Grand Opening in Tamil will premiere on Sunday, 24th January 2021. So, the audience and the fans of the biggest musical singing show are excited to follow the singing reality show every weekend hereafter.

The Super Singer 8 Grand Premiere episode will air for a whopping ‘nine hours’ from 11 AM IST to 8 PM IST. The grand launch of the show will be aired with the participation of singing stalwarts like Shankar Mahadevan, Hariharan, Vijay Prakash, Vijay Yesudas, SPB Charan, Karthik, Sid Sriram, Saindhavi, Shashah Tripathy, Grace Karunas, Chinnaponnu, Antony Dasan, Gana Bala, Sakthi Sree Gopal and many others. The Super Singer 8 Contestants list has announced ahead of the first episode. Check out the Super Singer season 8 Contestants list on this page below with the photos and details. 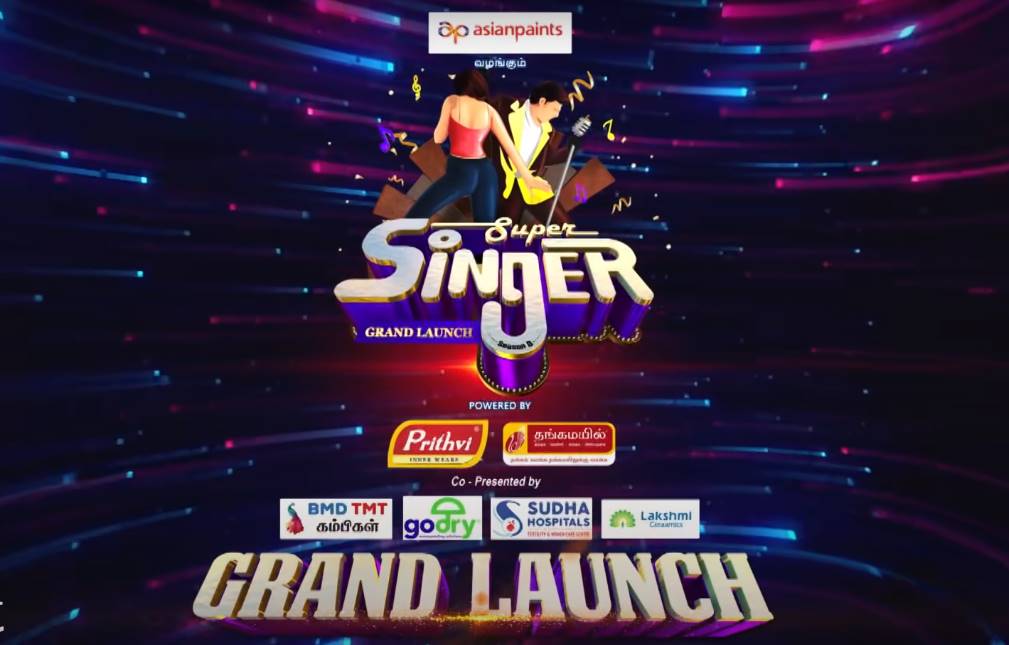 The list of famous singing reality show’s season 8 contestants list is here, names leaked before the show premiere on Television.

In the grand launch of Super Singer 8, the hosts are Ma Ka Pa Anand, DD Neelakadan, Manimegalai. As per the sources, the remaining weekend episodes will be hosted by Priyanka Deshpande and Ma Ka Pa Anand. The host of SS8 is yet to be confirmed!

The every weekend show timing will be updated soon. Super Singer 8 will air on weekends in the prime time slot.

He is a Musician from Thiruvananthapuram in Kerala. He working in a Canara Bank since September 2016. He has a YouTube channel in his name, completed his Post Graduation in Music at the University of Madras. Now, he is one of the contestants in the big singing reality show.

She was a finalist of Sun TV’s Sun Singer Season 8. She shared her joy with the words after she enters in top 20 of the show. She wrote “Really happy and excited about how this year 2021 started! I’m extremely thrilled and happy to inform you all that I am one of the top 20 contestants of SUPER SINGER SEASON 8

Also, she humble noted that “Every bit of your love and support matters a lot. Thank you so much for all of it. Love you all so much.”

She is 19 years old female contestant of SS8. Watch her song on YouTube, which was released on Women’s day, 8th March 2020 with the title of “I Krish – Un Kural Manidhi ft. Kanimozhi Kabilane.” She also confirmed her presence in the top 20 list of the singing show on her official social media handle.

Adhitya Krishnan is a singer and music producer. Find him on YouTube as “adithyark.music.”

Balaji Sri is a singer, who did more stage shows and also cover songs which are available on YouTube to watch.

Vrusha Balu has also participated in Sun Singer 8 and Zee Tamil’s SA RE GA Ma PA. Coimbatore born female singer is one in the top 20 of this super singer season.

Vanathi Suresh shared her happiness using few words as “Happy to let you all know that I’m a part of Super Singer season 8!.” Also, she wrote “Highly excited and looking forward to a great journey in this wonderful set with an amazing bunch of contestants and judges!”