Sasikala, acting General Secretary of All India Anna Dravida Munnetra Kazhagam (AIADMK) supreme court verdict for the past 20 years finally got her judgement today at 10:30 AM today. Since this is a most important day in Tamilnadu Politics, all eyes are on Supreme Court Judgement on Sasikala. Supreme Court announced all the 4 as convicted in this case. Celebrations break out at OPS residence after SC gives verdict convicting Sasikala.

Supreme Court judges ordered all the 3 victims Sasikala, Elavarasi and Sudhagaran to surrender in the court in the next 4 weeks. Since J Jayalalithaa dead, she can't face any punishment and released from this case. The other 3 were convicted as all the 3 judges judgement are same. Sasikala with her co-victims will be jailed for 4 years with penalty of 10 crores each.

UPDATE: A controversial letter has been circulating on the Social Media today which is said to be a letter from the Golden Bay Resorts, MLA who is asking help from the TN Governor to save their life from Sasikala team. Read the letter written in Tamil here – Golden Bay Resorts MLA Letter. Share this as soon as possible, so that Police can take action if the content in that letter is true. 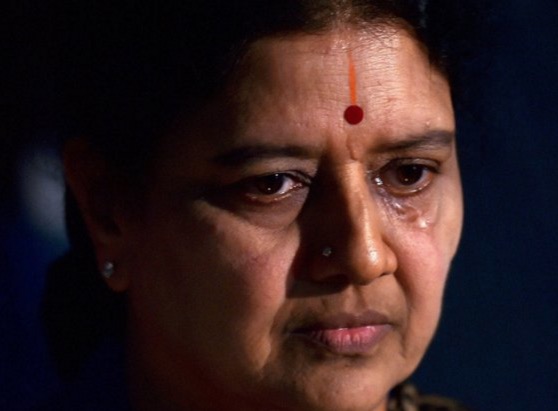 This is a good day for Tamilnadu as Sasikala is convicted in DA Case and jailed for 4 years. Court ordered to surrender in 4 weeks. So it is expected that all MLA's under her control in Koovathoor Resorts will be released today and most of them may join in OPS team soon.