The S3 aka Singam 3 audio launch date will be announced through Twitter at 7 PM today on November 19. The Studio Green Official Twitter has tweeted as “#S3AudioLaunchUpdate will be made at 7pm Tomorrow for both Tamil and Telugu versions!” 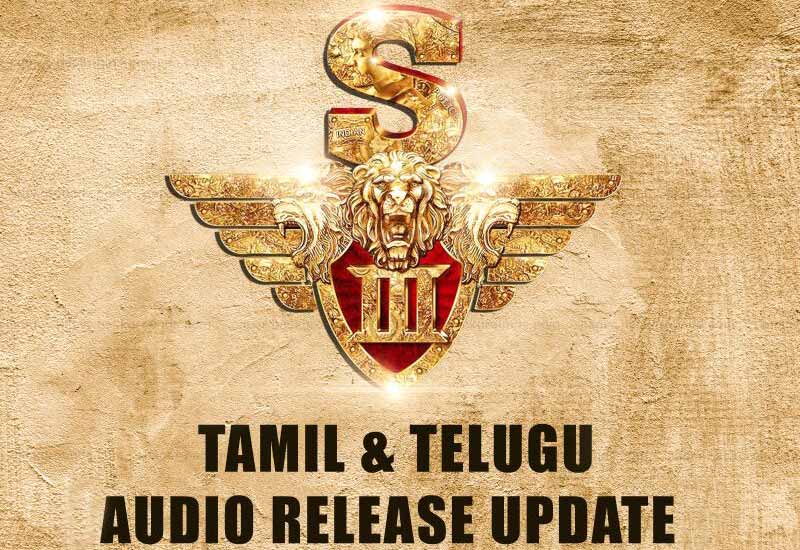 Harris Jayaraj is the music composer of this film and the film is set to release on this December 16. The source said that the film had six tracks of the album and it is fully for the youngsters. The Official source revealed that the film audio launch date for Tamil and Telugu will be announced today. So, the team may be planned for online audio release without any grand music launch. Let’s wait for the confirmations until 7 PM, today.

Singam 3 (or) S3 is the third film of Singam which was released in 2010 and bagged huge box office over the world. The director Hari was paired with the Devi Sri Prasad for the first two films.

Now, he is paired with harris Jayaraj with the financial support of KE Gnanavelraja. The first film “Singam” had the female lead as Anushka Shetty, then Hansika was added to the crew of Singam 2 and now, Shruti Haasan has included to the movie cast.

Actor Vivek is the comedy artist of Singam (2010), then Santhanam was shared his screen space with Suriya in Singam 2 and now, it is a turn for Actor Soori in Singam 3.

However, Suriya’s Thaana Serndha Kootam first day shoot has kicked off from Yesterday on November 18, Friday. Meanwhile, the director and the lead actor had a twitter chat about the first day shooting with fun words.