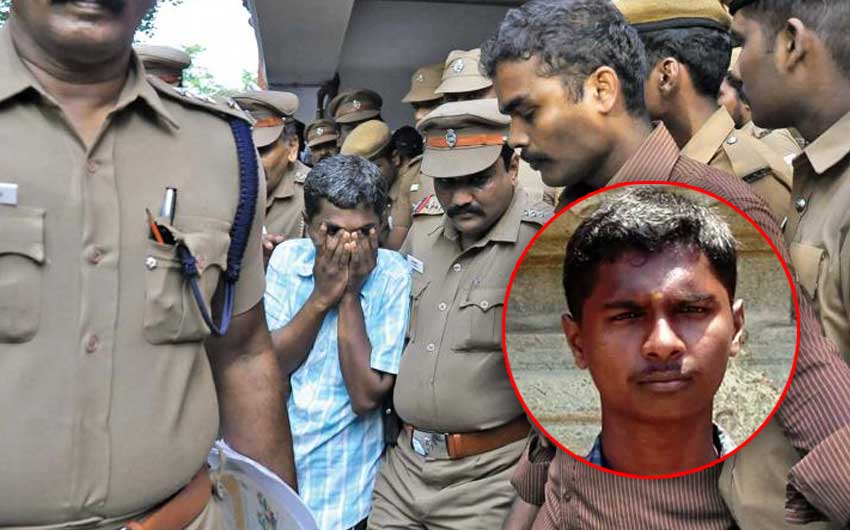 Ramkumar is the accused in the murder case of Chennai Infosys techie 24-year-old Swathi. She was murdered allegedly by Ramkumar at the Chennai Nungambakkam Railway Station. Later, Ramkumar was arrested by the Police from his native, Tirunelveli district.

Then, he has locked at the Chennai Prison. According to the report of Police, he has killed himself around the clock of 4 pm. Then, he has immediately shifted to the Royapettah Government Hospital. After the doctors checking, they said: “he died.”

The Concern Police officers who were handling this murder case has confirmed the Ramkumar’s death. The news has passed to his family members, and they all on the way.

Additional Director-General of Police, Vijay Kumar said, “We are investigating the circumstances that led to the prisoner taking the extreme step.”

Moreover, the Ramkumar’s lawyer Ramarajan has blamed as it is not a suicide and it is murder.

The accused Ramkumar has arrested by the police on July 1 from his Native house. Early, he has stayed on the AS Mansion in Chennai’s Choolaimedu for three months. It has located less than a kilometer from Swathi’s house. After several days of stalking, the police suspected that he killed her because of Swathi’s down words.

The concerned Police officers had an investigation with the Swathi’s mobile phone, Laptops and found she may be murdered due to the love affair.

Ramkumar is an engineer, who completed his course in this June 2016. He had stayed in Chennai for looking his job.

The Ramkumar’s suicide has not any immediate report as there is any witness to Ramkumar snatching the live electric wire out of the switchboard to biting it.