Five of Canada’s most influential creators–producer/director and advertising executive Barry Avrich, ELLE Canada editor-in-chief Vanessa Craft, fashion designer Mikhael Kale, and technology entrepreneur G. Scott Paterson–participated in The Talk, in support of UforChange, at the Artscape Daniels Launchpad in Toronto on November 21. The Talk brought together people from all walks of life, including Mayor John Tory and participants of the UforChange foundation.

The mission of UforChange is to mentor young artists and to support them as they pursue their dreams and search out career opportunities. UforChange provides a wide array of arts workshops and courses.

The Talk, moderated by Mantella Corporation’s chief marketing officer and philanthropist, Sylvia Mantella, and emceed by Dani Kagan of Stratus Events, was a live panel discussion that delved into the backgrounds of Avrich, Craft, Kale, and Paterson, and explored how each of those creators forged their own paths. 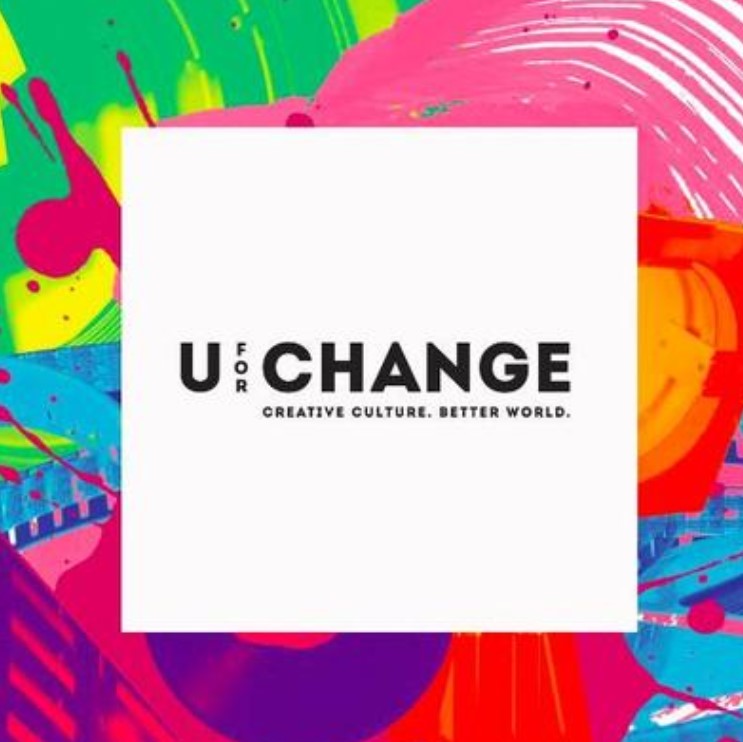 The panel discussion was a mix of entertaining stories and sparkling conversation. Some of the most remarkable moments of the evening included the following:

The panelists all have similar backgrounds. They started from humble beginnings and climbed to the pinnacles of their respective fields. All the panelists grew up in low-income homes.

G. Scott Paterson is a technology and media venture capitalist. He serves as the chairman of Symbility Solutions, an SaaS provider to the insurance industry; chairman of Engagement Labs, an SaaS provider for marketers; chairman of FutureVault Inc, a cloud-based solution for the storage of sensitive documents; chairman of The QYOU, an entertainment network focused on the creation and curation of video content; and an investor of Giftagram, a mobile app that acts as a personal gift-giving concierge for consumers. As an impressive personal aside, G. Scott Paterson shared that he and his daughter had once had a private lunch with actress Jennifer Lawrence.

Designer Mikhael Kale has worked with celebrities like Beyonce, Gigi Hadid and Bella Hadid. He was awarded the 2015 Canadian Arts and Fashion Awards (CAFA) women’s wear designer of the year award. Kale said that he pulls inspiration from everything in his life. He recalled being in school and eating a snack and being inspired by that moment. “I built a collection from literally looking inside an orange, looking at the flesh,” he said. Although Kale possesses boundless creativity, the stress of the fashion industry can hold back innovation. “Building the collection is only 10% of the gig,” he explained.

Vanessa Craft, who is an award-winning journalist, is the first black editor-in-chief of any ELLE magazine globally, an incredible achievement. Craft said, “There are traditional trajectories to careers and then there are completely non-traditional trajectories. Mine is as non-traditional as they come.” She explained that it’s perfectly fine to take a non-traditional path. However, as she noted, “you can’t be the first black editor-in-chief, because I already did that.” In terms of inclusivity in the industry, Craft said that he’s seen changes, but thinks that more needs to be done. She explained that not only is inclusivity the right thing to do, morally, but it’s also the smart move to make, because being more inclusive opens the door to a wider audience. When discussing her biggest regret, Craft said “I felt I had to dull my shine to make other people comfortable.”

Barry Avrich, producer/director and advertising executive, has made over 45 films and is able to successfully pursue two careers. He’s also the creative force behind the establishment of The Daniels Hollywood Theatre, the world’s first movie theatre inside a hospital for children. Avrich’s love for entertainment was inspired by his late father, who would often take him to see films. Avrich’s father used to tell him “Don’t watch the stage, don’t watch the screen, watch the audience.” At one point in his life, Avrich found himself in an unfortunate business situation that made him step back and take a break. One of his good friends, the legendary music producer Quincy Jones, took him aside and gave him a message he never forgot. As Avrich related, Jones said “Barry, every great picture has a negative.” Avrich also came up with one of the best quips of the night when he said, “If somebody said you had 24 hours to live, I’m good with it. I don’t want to leave but I’m good with it. I’ve had such a great f*cking life.”

In addition, Avrich shared a wonderful anecdote about the time he had spent with Lauren Bacall once when she was in Toronto. Avrich offered to bring the actress lunch, but she insisted on getting a hot dog from a vendor on the street. Avrich’s grandfather had been a butcher and, on his deathbed, he’d made Avrich swear that he would never eat a hot dog. Avrich said “So I told her this story and she goes, ‘you’re having a hot dog with Lauren Bacall’. And I did.”

Moderator Sylvia Mantella, chief marketing officer for Mantella Corporation, provided some wisdom to the audience. “Never judge your life when you’re having a bad day because, on that day, nothing’s ever going to be right.”