The opposition political party of Tamil Nadu’s chief and former Tamil Nadu chief minister M Karunanidhi has admitted to the Kauvery Hospital in Chennai for the “optimisation of nutrition and hydration.”

The Dravida Munnetra Kazhagam (DMK) chief leader has undergoing treatment for back pain at his residence. The hospital has announced the press release as the 92-years old chief leader’s health condition is stable.

The official press release by the Executive director Dr. Aravindan Selvaraj of Kauvery Hospital said that the DMK president and former Chief Minister of Tamilnadu, Dr. Kalaignar M. Karunanidhi has been admitted for optimization of nutrition and hydration at Kauvery hospital, Alwarpet, Chennai.” 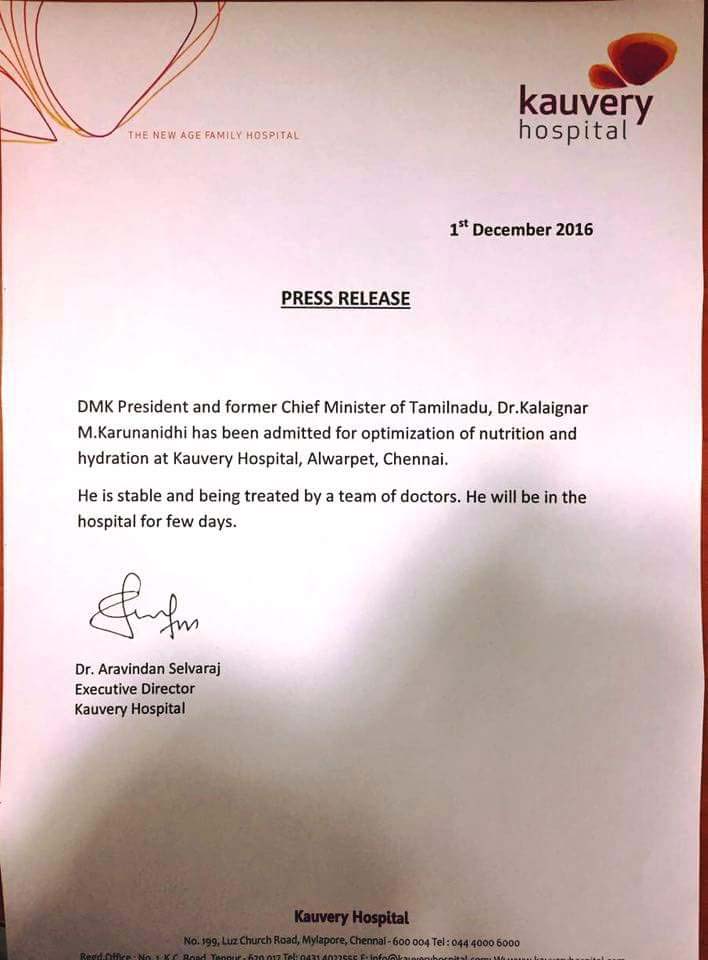 Also, the press released added that, DMK chief M. Karunanidhi is stable and treated by the team of doctors. He will be in the hospital for few days.”

Perhaps, the Tami Nadu Chief Minister J Jayalalithaa has also treated in Apollo Hospital, Chennai over two months due to the fever and dehydration. She uses speakers to talk, but doctors have said that she is fit to get discharged any time she wants.