According to the news which viral on social media that Tamil Rockers, piracy movie download website admin arrested in Chennai by Triplicane D-1 police. At present, he is in Triplicane Police station.

Tamil Rockers is the one which allows the people illegally to download all the new films which released recently. Also, the website having all the popular TV shows like Bigg Boss. It is not only for the Tamil movies, the group uploading all the regional cinemas in India especially, Tamil, Telugu, Malayalam, Hindi, and English.

Important news: The person who’s arrested is not the Tamilrockers admin. After further investigation, it is said he is an admin of TamilGun website. 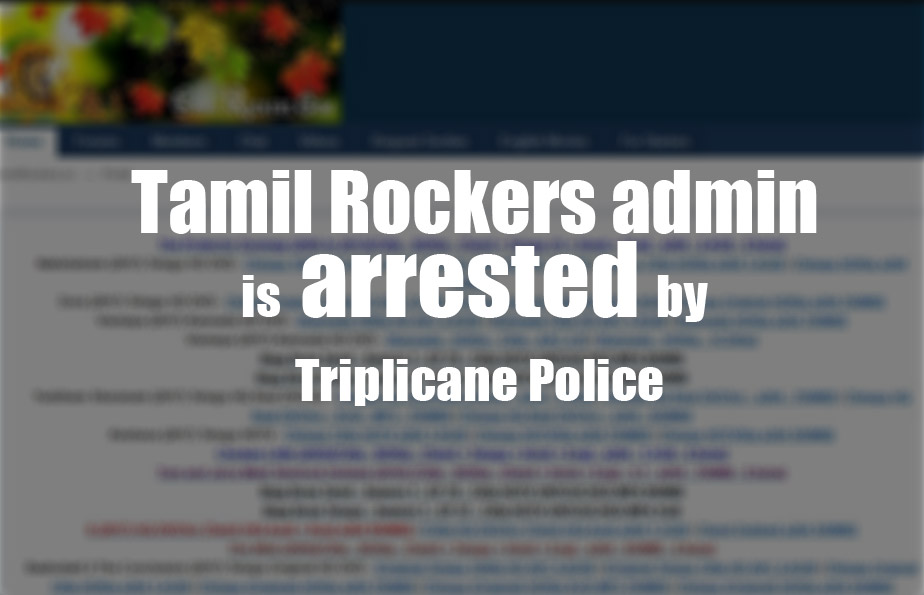 The website is getting bigger and bigger daily. Initially, they had only lower qualities, but now they even had the original version of the film. The South Indian Artists Association and producer Council of Tamil Nadu filed more cases regarding this illegal online web portal.

BREAKING NEWS: #Tamilrockers one of the admin gaurishankar is arrested by Triplicane police. He is in Triplicane D-1 station.

The admin changing the extensions frequently due to the action against that website by the network providers in India. But, people are still searching the website to download new films which result in a huge loss for movie producers.