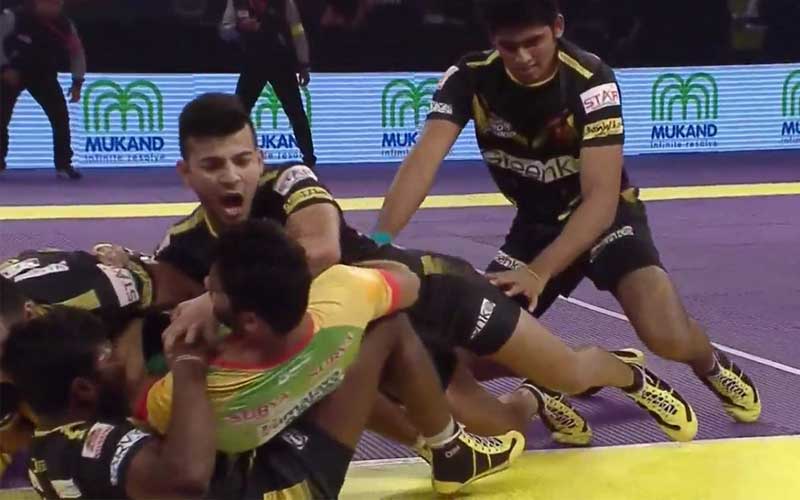 Telugu Titans: The Telugu Titans picked their winning status as again by today’s match. The players of Telugu Titans played this match as well as before of all other matches in this PKL 2016. The Captain of Titans, Rahul Chaudhari has earned 10 points by touching the defender and after Chaudhari , Sukesh Hegde earned 2 points on Touch. Rahul got 1 point as a bonus and two points from Tackle for his team and showed his highest of the day. Sandeep Narwal is the second player, who scored the 6 points on the Tackle. And Vishal Bharadwaj offered four Tackle points for his team. Rupesh Tomar earned each three tackle points.

Patna Pirates: Abolfazel M alone earned Nine points by touching their opponents for his team. Also, Fazel Atrachali earned additional 6 points on Tackle and he got 2 points in the bonus. Apart from these two players, the captain of the team contributed one point (Bonus) and one more point in Tackle for his team. Finally, the team got 25 Points and lost their today’s match against Telugu Titans.

Google Zagat app is Releases with New design for iOS

Google Zagat app is Releases with New design for iOS