Thala 57 Bike stunts Video Leaked on Online Social Media: Siva’s directorial untitled film is being shot in Bulgaria for some stunt sequences. The makers have planned for some high-octane stunt sequences in various locales in Bulgaria. The stuntman, Jorian Ponomareff has posted the Bike stunt photo by Ajith Kumar on December 13. Later, the video of that Stunt has leaked online, today on December 18. The Video and an image provided below is trending now in India on December 18. The Hashtag of #Thala57 is standing at the top most of the Twitter Trending India. Check out, what Jorian Ponomareff (Bulgarian Stuntman) saying about the Thala Ajith Kumar’s Bike stunts and his simplicity hee below. 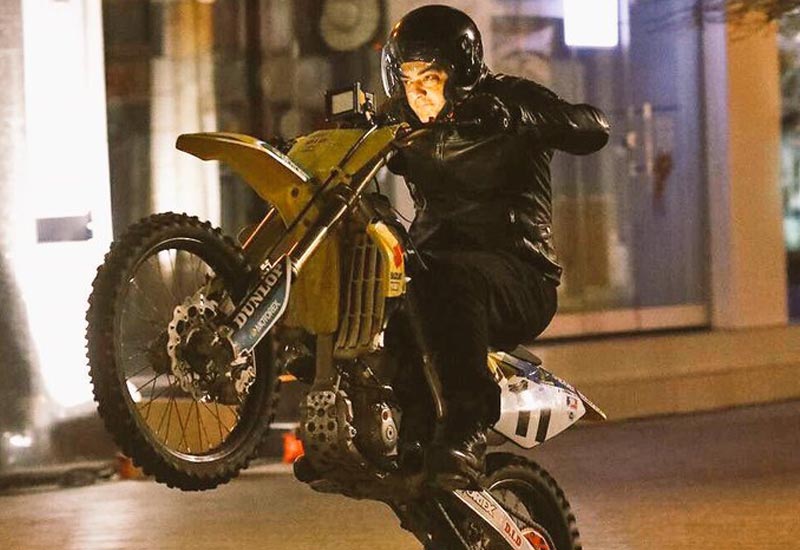 Ponomareff had posted on Facebook: “#Gangster #movie and no it’s not a road open lol but the love is the same #safe! I have the honor to be with Mr. Ajith Kumar (HUGE STAR IN INDIA) and believe me, he also do a lot of action with my bike! A true pilot! Very impressed by his simplicity.” (Original Facebook Post)

Thala Ajith Kumar is a professional biker and car racer. He has participated in various national and international racing circuits in his earlier days when he entered into the Tamil Cinema.

Kajal Agarwal and Akshara Haasan are the female leads of Thala 57. Anirudh Ravichandran has joined with Director Siva and Ajith as second time after the massive success of Vedhalam in 2015. The film is expected to release on the middle of 2017.