Home » Entertainment » The Greatest Animal Movies Ever Made

Animals bring out the best in us. It might sound twee and cliché, but that doesn’t make it any less true. Even the coldest heart can be melted by the sight of a kitten curled up asleep or a dog running around with a big, goofy smile on its face, and there’s no one on earth who can fail to cry happy tears when Willy makes that final leap to freedom.

That’s why animal movies are so unfailingly emotive. Sharing stories of unerring loyalty, triumph against the odds, and good old-fashioned love and friendship, they tend to hold a special place in our hearts.

If you’re in need of some true cinematic magic to transform your next rainy day, here are a few of the best for you to check out.

The Lion King is not only one of the best animated movies of all time, but one of the best stories ever to grace the silver screen. This Disney epic centers around everyone’s favorite lion cub Simba, as he goes from entitled heir to the Pride Lands to a brave and loyal hero who’s determined to save his ancestral homeland. Featuring some of the most lovable animal characters ever created, it has a stunning soundtrack, gripping action, and a love story for the ages. 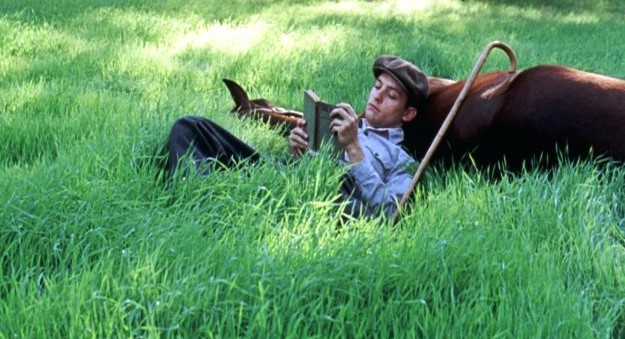 Starring Tobey Maguire, Jeff Bridges, and Chris Cooper, Seabiscuit tells the true story of a down-on-his-luck racehorse and the Depression-era trio who helped to turn his fortunes around. An enthralling insight into the life of one of the greatest equines ever to have lived, this is a tale about triumph against the odds, and it will have you rooting for its unlikely hero from the very beginning. This entry holds its own, partly due to the enduring popularity of horse racing, with events like Cheltenham Festival in the UK still popular – its week-long action is popular with bookmakers and bettors.

Homeward Bound was a remake of 1963’s The Incredible Journey, which was based on a novel by author Sheila Burnford. One of the highest grossing movies of all time, it follows three much-loved pets, who are dropped off with a friend when their family go on vacation. Centering around audacious bulldog Chance, wise old Golden Retriever Shadow, and the aptly named Sassy, a cat, it follows them on a thrilling and treacherous journey across Canada, as a series of events sees them stranded and determined to find their way home. The final scene will have you bawling.

Pigs are not an animal that most of us look upon with much affection, but after watching the beautiful story of titular character Babe, we guarantee you’ll see them in a whole new light. Based on the book by children’s author Dick King-Smith, the piglet at its heart is determined to defy destiny and achieve his dream of becoming a sheepdog. Luckily for him, his owner, gentle-hearted farmer Arthur Hoggett, soon sees his potential, but not all of the farm’s residents are quite so enamored with the piglet’s ambitions. Fun, heartwarming, and surprisingly heart-wrenching on occasion, this is a film both children and adults can enjoy.

Most animal films cast our four-legged friends in the role of hero, but there are some exceptions to the rule. Unsurprisingly, sharks fit more naturally into the part of villain than their domesticated mammalian counterparts, and Jaws goes to town with this idea. One of the greatest horror/thriller movies ever made, it is based on a 1974 novel by Peter Benchley. The story follows a great white shark of nigh-on mythical proportions, which has a nasty penchant for human flesh. It’s dark, it’s action-packed, and it’s quite likely it will deter you from ever stepping foot in the ocean again. That said, it’s well worth a watch when you fancy a good old-fashioned fright fest. 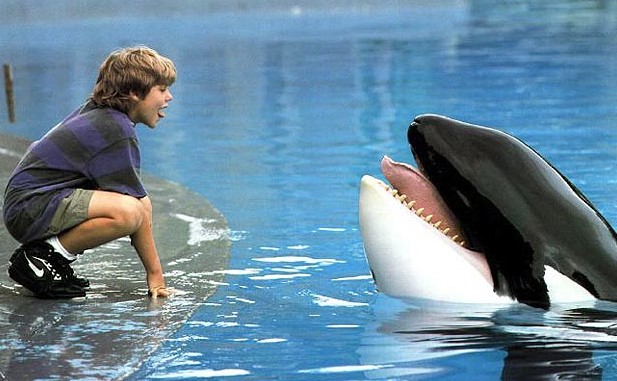 On the other side of the sea creature coin, Free Willy puts an aquatic giant front and centre as its hero. It follows the story of Jesse, a kid who’s a product of the care system. Fostered by a kind and supportive couple, he’s forced to help out at a theme park after earlier choosing to vandalize it. It’s there he meets Willy, a young orca captured from the wild and separated from the rest of his family. The two soon form an unlikely but beautiful bond, with Jesse growing determined to restore Willy’s freedom and save him from the greedy clutches of park owner Dial. If their epic escape attempt doesn’t have you crying tears of sheer joy, nothing ever will.

Following on with the theme of sea creatures, Dolphin Tale is another animal-based flick that’s worth checking out. Based on a book of the same name, it stars Nathan Gamble, Ashley Judd, and Morgan Freeman, and tells the real-life story of Winter, a dolphin who was rescued off the Florida coast in December 2005. Losing her tail after becoming entangled in a crab trap, pioneering prosthetics were used to help her swim again. Her tale (pun intended) is one of triumph over adversity, and the amazing power of never giving up.

For dog lovers everywhere, Beethoven is arguably one of the best films of all time. Telling the tale of an unruly St. Bernard who causes chaos amongst his new and initially reluctant family, it is a story of love, loyalty, and unerring friendship. Beginning when the pint-sized Beethoven escapes from a group of puppy thieves, it follows the positive impact he has on the lives of his new owners, as he scares off bullies, saves youngest child Emily from drowning, and provides unswerving companionship to those he loves most. With a thrilling climax and plenty of action, it’s little wonder it grossed almost $150 million at the box office.

Isn’t it time to curl up on the sofa and watch one of these immensely enjoyable, animal-inspired flicks? Throw some snacks into the mix and we can’t think of a better way to spend a rainy winter’s day.