Home » Sports » The Rise of eSports Betting, is it a Real Sport?

Several years ago, betting on eSports seemed like an absurd idea for people involved in mainstream sports wagering. Though you could bet on anything in the world of sports, video game bets were far from common. Yet, with the rise of fantasy sports in the US and Canada, we’ve seen the increase in bets placed on daily fantasy games, with even legislation getting passed benefitting fantasy sports betting. So it would not surprise that there is an interest in eSports betting – betting on all sorts of video game competitions – that has spiked in the past few years.

The sport itself has seen a growth in support in recent years, with growing numbers of participants and fans, and thus more and more investors getting involved. Now even celebrities and major companies are starting to recognize the importance and relevance of eSports, investing in this young, but steadily growing industry. And with this kind of attention, it was only a matter of time before the eyes of online gambling would turn towards eSports. 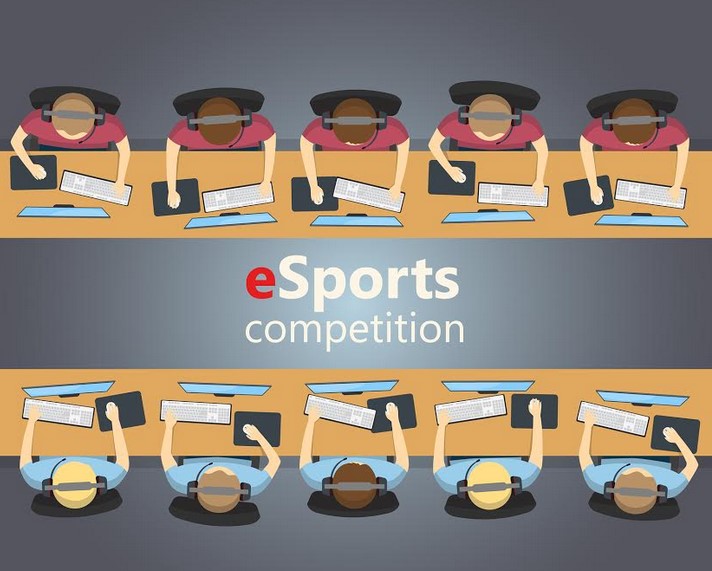 Is eSports a Real Sport?

Most of the society might not consider eSports a sport discipline on its own, because it involves playing video games, with no usual physical abilities needed to compete or win. However, slowly but surely, the society has begun to accept this seemingly childish sport, mostly because notable real-life professional athletes started investing time and money supporting eSports teams. This was due to these athletes seeing the possible financial gains in eSports.

In 2014 alone there were over 350,000 bets placed on eSports, it is the 8th most popular sport to gamble on back then. And, within only a year, the number of people who viewed eSports events had doubled. Events became more attractive with the production value reaching new heights due to events taking place in bigger venues and televised broadcasts reaching a wider audience. There are now training facilities for players which have the goal to make the players more competitive and marketable. This kind of a setup takes the entire sport to a whole new level.

This means that new brands will make huge investments in eSports businesses, looking to get a piece of the ever-larger eSports pie. Back in 2000, when eSports had just started with the inception of the World Cyber Games, it was impossible to envision its growth. Of course, it was also impossible to see how much MMA would become popular back in 1993, when the first UFC tournament was held. Now, MMA has become a mainstream sport, with clubs opening on every corner in major cities. In much the same way, the eSports industry has begun to take major steps and continues to evolve and become more mainstream.

Recently, the Kiev Major Dota 2 event wrapped up, with the OG team defeating Virtus.pro in the finals. The winners took home $1 million in prize money and Virtus.pro had to settle for a “consolation prize” of $500,000.

Potential investors saw the immense prize pools available at the previous Dota 2 Majors and realized the lurking possibilities. The leading US sports media, ESPN, was the first one to air a live eSports event back in 2015, which up to then had been unprecedented. And while the event was aired on one of their virtual channels, it showed massive promise that one of the world’s leading sports channels backed a major eSports event.

This will eventually lead to other sports channels following ESPN and taking advantage of the popularity of eSports and the rising market this presents. It is not hard to imagine The International becoming a major sports event on major sports channels like the Super Bowl, with companies paying millions to air their commercial during the event. With that, the interest of sports bettors will reach new heights as well, be it to for the increased entertainment while watching, or because of realizing possibilities to make some money backing the right teams.

How Much is the eSports Industry Worth?