The Scope Of Ampoules Market With Its Demand And Supply

Serving a similar purpose as an injection, ampoules were invented as a method of storing or preserving medical samples. The ampoules market has been competing with vials and pre-filled syringes since its inception; however, ampoules are globally more accepted than the two counterparts for the primary utilization of pharmaceuticals packaging.

The maturity of the ampoules market is mainly driven by the growing consumption of biopharmaceuticals, vaccines, and insulin, particularly in the developing markets. The demand is increasing at a fast pace, so much so that the global ampoules market is expected to grow at 6 – 7 percent CAGR in 2017 – 2021 to reach $12.4 billion.

The Growing Need for Ampoules

Concerns such as ultraviolet and light penetration have led to the rise in the use of the ampoules in the pharma market. Ampoules provide the greatest security and protection from varying wavelengths of radiation and are mandatory to use for several medications. The remarkable moldable characteristic of plastic ampoules has accelerated the manufacturing of it in various sizes and shapes for different uses in the pharma business. 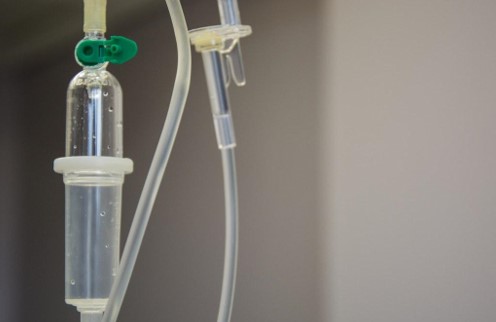 The ampoule suppliers must give the pharmaceutical industry with service and products that optimally meet the demand and supply for primary packaging products for a specific application or pharmaceutical drug. Moreover, The pharmaceutical companies are reacting positively to the new industry trend of using compliant packaging products, which doesn’t require them to build specific production capacities. This has helped companies such as Gerresheimer invest in dynamic pharmaceutical packaging, which offers a comprehensive variety of ampoules in pharmaceutical products. As the industry moves toward merging various drug products, there will be an increased necessity to gain accreditations from different regulatory agencies. This could deter the manufacturing of ampoules in the future.

The increasing complexity of medications and drugs along with a rise in lifestyle diseases such as diabetes has accelerated the ampoules markets. The technological improvement in the pharma market has advanced the treatment possibilities for multiple diseases, which adds to the demand for the ampules market. The arrival of innovative injectable treatments due to the research in the biotechnology field is also augmenting the market.

The ampoules market is driven by comprehensive research and development conducted by major global players such as West Pharmaceutical Services, Schott AG, Corning Inc., and Stevanato Group. The intensive process of quality and regulatory compliance with certifications makes it very difficult for new players to sustain themselves in the industry.

In the upcoming years, the demand for ampoules, as well as vials would be driven by the growing consumption of medications in emerging regions such as India and China. However, the improvement in high-level delivery injections and prefilled syringes would slowly decrease the ampoules market share in the developed regions such as North America and the European Union. Strict government regulatory laws and industry standards for pharmaceutical packaging are promoting the expansion of the ampoules packaging in developed countries.

Constituents such as rising life expectancy, increasing population, and growing disposable income are all predicted to present attractive opportunities to packaging companies in the healthcare industry. Countries such as Russia, Brazil, Turkey, and Mexico, have shown great economic stability in the past few years, and they are converting into developed markets in nature and size as compared to their mature western equivalents.

Access to healthcare services and an overall rise in the use of generic drugs globally are offering new opportunities for pharmaceutical organizations. Quality checking from pharma businesses for the goods that are manufactured, packaged, and stored in an uncontaminated and controlled environment is an integral element for the industry. Furthermore, several innovative medicines and drugs are being delivered in the consumer market, which demands the appropriate packaging with a stress on the quality criteria. Due to these aspects, manufacturers and companies have started following standards such as the ISO 9001 to produce ampoules.

Glass has been conventionally used for primary packaging for medication and drug delivery. However, it is expected to endure tough competition from the plastic manufacturing ampoules companies. The reasons behind the decline of glass ampoules in the industry are problems such as its tendency to break, delamination, sensitivity to infection, which may harm a patient and lead to contamination.

The introduction of the new Certificate of Compliance (COC) and Certificate of Proficiency (COP) type multi-layered plastic vials such as GX Multishell is frequently being favored as the best alternative to conventional glass vials as it offers enhanced functionality. The expanding need for production of primary packaging products due to the global sourcing of glass will also increase the demand for plastic ampoules in the future.