The Voice USA 2016 finale: The season 11 of the Voice USA 2016 has crossed the final day after the months of competitions. Check the finalist names and their songs performance here below. There are totally four finalists after the end of the day of semi-finals. Those four finalists will perform on next week as live. The final winner will choosen by the public on this season. The semifinal stage of this Voice USA 2016 season 11 had four eliminations earlier this week. Check the list here: Team Adam’s Brendan Fletcher, who performed “Angel” by Sarah McLachlan on Monday, and Team Miley’s Aaron Gibson, who sang “(Everything I Do) I Do It For You” by Bryan Adams got the least votes from the public. 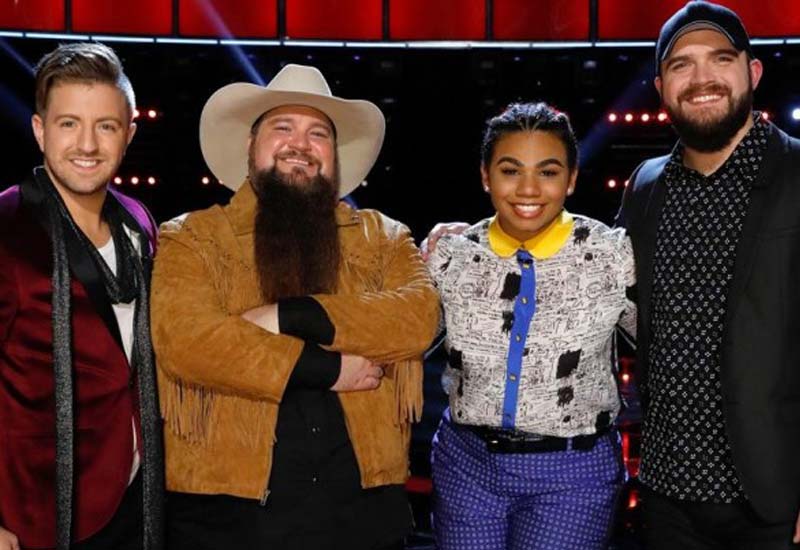 Host Carson Daly announced that Billy Gilman of Team Adam, Sundance Head of Team Blake and Wé McDonald of Team Alicia were safe. That meant Ali Caldwell of Team Miley, Christian Cuevas of Team Alicia, and Josh Gallagher Team Adam had to perform one more time for the Instant Save to stay in the competition. For Instant Save, Christian Cuevas took on “I Can’t Make You Love Me” by Bonnie Raitt, Ali Caldwell performed “Sledgehammer” by Rihanna (not the Peter Gabriel version), and Josh Gallagher sang the song, “I Drive Your Truck” by Lee Brice. The audience then saved Josh.

Wé McDonald – “Scars to Your Beautiful” by Alessia Cara

Sundance Head – “Love Can Build a Bridge” by The Judds