Theri Movie Review, Story, Rating, Audience Response: Theri is one of the most important anticipated movies on Kollywood Film Industry. Here you can get the Movie Review and Rating about the latest film in the Kollywood town by our team. The film, Theri which has hit the Theaters on April 14th, 2016. The Film has completely full-fledged with all the characters such as Comedy, Romance, Actions, especially Dance by Ilayathalapathi Vijay. His pairs, Samantha and Amy Jackson also done with their screen presence as good. The Teaser, First Look Poster on Tamil, Telugu and the theatrical trailer of the Theri Movie, which created most of the curiosity among all Kollywood audience. 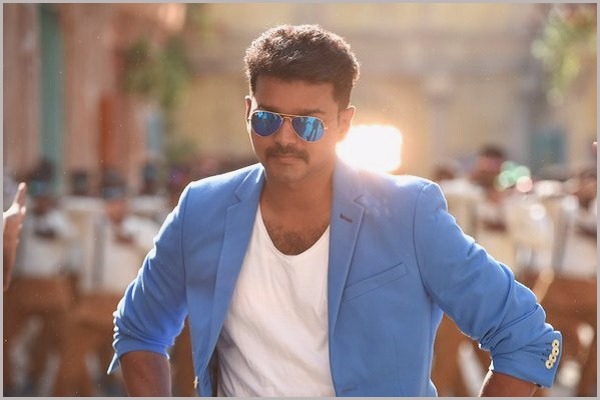 Read Top 5 Reasons Why you Should Watch Theri Movie

The film Starring Actor Vijay, Samantha and Amy Jackson in the lead roles. Also features Prabhu and Raadhika Sarathkumar amongst others from an ensemble cast. The music for this movie is composed by G. V. Prakash Kumar and Theri movie will also be dubbed in Telugu-Language and released as Policeodu. This movie is produced by Kalaipuli S. Thanu under the banners of V. Creations. One of the most important department of filmmaking is cinematography which was done by George C. Williams.

Scroll down to get the Movie Story and Plot of STAR Vijay’s Theri.

It is not amazing one on Vijay’s Movie, all the Songs are made the feel as fantastic dance performance with G. V. Prakash Musical and Background music also rock the theaters. Overall it is another good movie for Ilayathalapathi Vijay, ‘Raja Rani’ fame; Atlee and 50th Movie of G. V. Prakash. Atlee’s Raja Rani Romantic taste resemble on this movie also. Actor Mahendran Villan Role makes additional part of the movie. Comedy scenes are looks good and getting response from audience.

Update: Vijay Fans Found Who Is Samantha’s Father in Theri Movie: He was already acted with Vijay in Udhaya Film as Vijay’s Friend.

Vijay appeared with the character of Joseph Kuruvilla, Vijay Kumar, and Dharmeshwar in the film. Vijay Kumar is a role of a cop. Samantha will be seen as his wife Mithra who is an act as a doctor. Malayali teacher has been shared by Amy Jackson while KS Ravikumar and Raadhika Sarathkumar has played the roles of Vijay’s father and mother in the Theri Movie.

Myanmar Earthquake – Hits Some Parts of India Too | 6.9 Magnitude

Top 5 Reasons Why You Should Watch Vijay’s Theri Movie

Top 5 Reasons Why You Should Watch Vijay's Theri Movie