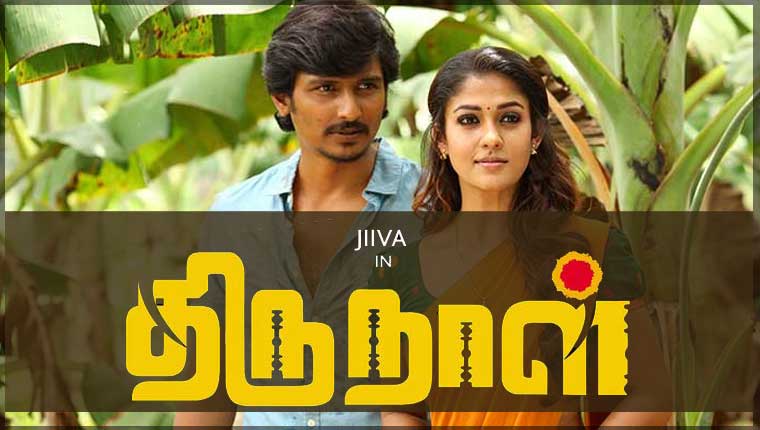 Actor Nayantara tweeted, “#Thirunaal Audio to be launched Tomorrow in Suryan FM at 9AM?Exotic tracks on your way?”. Thirunaal stars Actor Jiva in a mass heroic character while Nayanthara will also be in a classic character and the story between these two actors forms the plot for the movie. Thirunal movie is directed by PS Ramnath and is produced by M Senthil Kumar. Along with Actor Jiva and Nayanthara in lead roles, the movie includes Meenakshi, Sharath Lohitashwa, Gobinath, Karunas and few others in important roles. Mahesh Muthuswami has worked on the Cinematography part and Editing section is being handled by VT Vijayan and TS Jay. Srikanth Deva has given the music for the movie.

(Due to some issues, all the download links have removed)

Thirunaal, the upcoming most expected Indian Tamil film acted by Jiva and Nayantara in the lead roles. The film will be set to release on August 5, 2016. As everyone is waiting eagerly for Thirunaal Songs launch date and Movie release date, It has been announced already and we hopefully expect this to be aired on TV soon. Soon the Thirunaal team is going to launch their next Trailer.