Thunivu Movie Leaked: Thunivu is said to be a high-octane action thriller and family entertainer film. The film is directed by H. Vinoth, who previously helmed Valimai and Nerkonda Paarvai with AK. It will be produced by Boney Kapoor under his banner Bayview Projects LLP. Thunivu movie is all set to ready for a huge theatrical release on 11th January and clashes with Thalpathy Vijay Varisu’s movie.

Ajith Kumar and Manju Warrier are the lead actors in the film. John Kokken, Veera, and Bagavathi Perumal portray pivotal roles. The crew also includes cinematographer Nirav Shah and editor Ruben. The soundtrack of the film is composed by Ghibran, with the lyrics written by Vaisagh.

Although both Vijay and Ajith’s films releasing tomorrow, Ajith’s Thunivu is leading in pre-sales in Tamil Nadu in a narrow margin and in all over the world Vijay’s Varisu is leading with a huge margin difference. 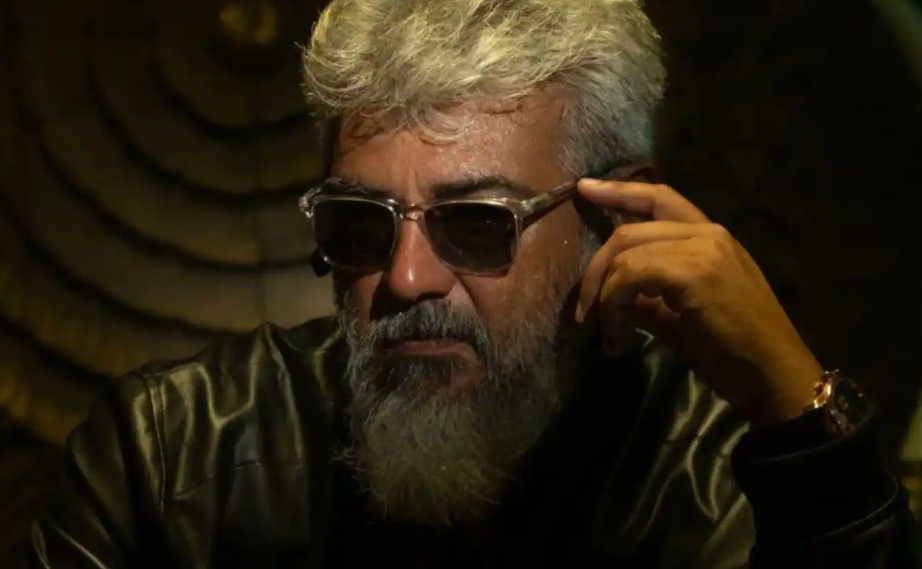 A video of the title card portion of ‘Thunivu’ captured from a theatre has been spreading on social media ahead of its FDFS. Fans are asking netizens to not spread the pirated version, and are also requesting the team to remove the leaked video from the internet. We can expect quickly that Thunivu will severe action against those who leak the video and try to stop the new clippings from the movie from getting leaked.

#Thunivu
Dear all #AK Fans. If you see
any links or videos of #Thunivu
in social media.Comment in this
tweet thread.We will send links
to team THUNIVU directly and it
will removed
Also share links
copyright@massbunkantipiracy
.com
This tweet is posted in presence
of THUNIVU team

As per sources, Thunivu movie has earned around 7 crores in pre-sales only in Tamilnadu and we can expect this film to have the highest opening day record by beating Beast movie (36 crores). And Thunivu is the only film releasing in Andhra and Telangana tomorrow and we can also expect the highest box office in Ajith’s career.