In between the big works on South Indian Film Artistes Association and Tamil Film Producers Council, actor Vishal tied up with the director Mysskin in the detective thriller film, Thupparivaalan. As per the report, the film is inspired by the Sherlock Holmes works. Apart from the lead Vishal, the film has Prasanna, Vinay Rai, Anu Ammanuel, Andrea, K Bhagyaraj and others in the supporting roles.

Thupparivaalan occupies around 350 screens in Tamil Nadu in its first-day release. The day after the Mysskin-Vishal's film, Jyothika's Magalir Mattum releasing the world wide with two more Tamil films in this week. Check the complete list of the new Tamil film release of this weekend. 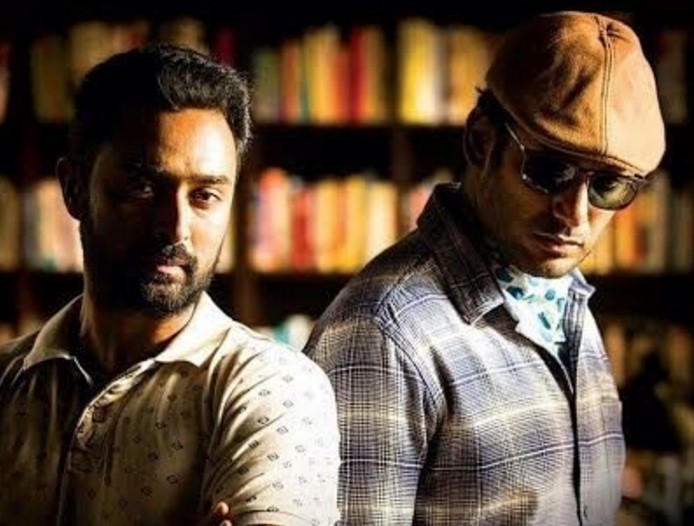 Karthik Venkatraman cinematography helps the story of Mysskin. The lead hero also played as the bank roller of the film under Vishal Film Factory. Arrol Corelli is the music director. Vishal tried with his new body language and stylish dialogue. You can see the new mannerisms from him in the action sequences.

Thupparivaalan Movie Story Plot: Saniyan Poongavanam is the character of Vishal in this film. Actor Prasanna is his friend and also a colleague in career wise. Vinay Rai roles reflect the characters of Professor James Moriarty in Sherlock Holmes as like the Prasanna in Dr. Watson's role. A simple case turns as big because of the intelligence of the detectives.

Thupparivaalan Movie Review: At the final minutes of August month, the film sent to censor board and certified as UA film. Then the makers locked the release date as soon as September 14. Also, they released the trailer and teaser of the film along with few posters just a weeks before. Also, the maker asked few celebrities and press to watch the film on it's before of the film's official release.

They all also shared their views as a review on their social media. Actor Vishnu Vishal tweet reads as “Watched Thupparivaalan. I loved it. Mysskin sir's brilliant and Vishal has nailed it. All can please spend Rs 120+GST and watch the movie. Thanks.”

The sound engineer Christopher Kanagaraj‏ said that the first half of the Thupparivaalan had Superb music & cinematography. Fairly engaging and the Interval twist is highly predictable. Vishal's mannerism looks good. The film is a plain detective thriller with no interesting twists or turns. Mysskin's typical style of narration, quite lengthy feel.

Director Pandiraj tweeted that “Thupparivalan is a well-made detective thriller. Action sequences top notch. Hope it will be a big success for Vishal sir & Myshkin.”

Director Lingusamy‏ mentioned that “Mysskin at his best & finest from Vishal. Keeps us engaging throughout. Wonderful film Congrats team.”

The Film news tracker and Reviewer Kaushik requested the Tamil cinema lovers as Don't miss this film. He said “One of the year's best. Mysskin rocks the investigative space again after Anjathey and Yuddham Sei.” on his official twitter page.

Also, another film critic and trade analyst Sathish Kumar tweeted that “People who liked Mysskin earlier movies will definitely love this one. Absolutely No compromises.”

Actor Shanthanu said “Brilliant Big score, Crime Investigation lovers will love. My father's look will surprise you all. Do watch in theatres and support.”

Note: Check the actual tweets of these celebrates in their official social media. All the above tweets are corrected without changing the original meaning.

Thupparivaalan Movie Rating: The rating of the film is 3.75 out of 5.