On 18th February (Saturday), CM EK Palanisamy (EPS) ready to show his majority in the Assembly. The Governor of Tamilnadu gave 15 days time for him to show his strength to continue ruling Tamilnadu after so many twists in TN Politics. But the ADMK party ready to show their strength in today's assembly at 11 AM.  Only a few hours left for the trust vote in TN Floor test, O Panneerselvam (OPS) gave his last attempt to grab some MLA's to their side.

AIADMK MLA Arun Kumar escaped from the Golden Bay Resorts in Kuvathur and will not vote in today's TN Floor test which is happening after 28 years in Tamilnadu politics. The MLA's started their journey from Kuvathur to Chennai at 8:30 AM with heavy police security. Palanisamy's camp is confident on winning the TN Floor test. They are on the way to Chennai in 31 cars. 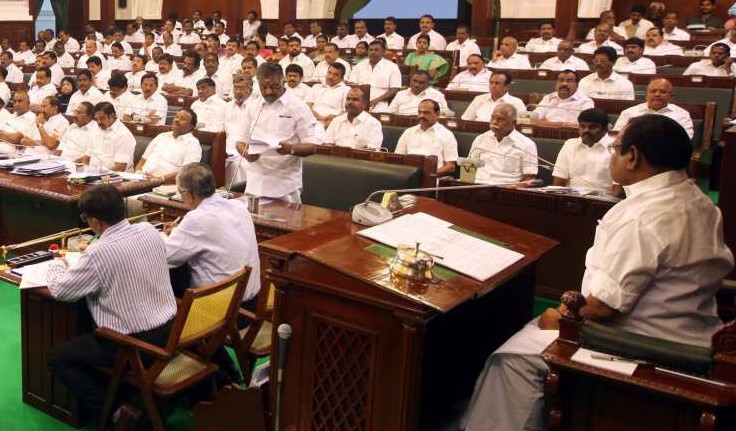 To win the Floor test, ruling party needs 116 marks this time (without Jayalalithaa and Karunanidhi). They already own 123 MLA's according to their stats. So it is not difficult for them to continue ruling and win the floor test today.

The CM can lose the floor test in TN Assembly if 8 MLA's in their team changed their mind at the last minute. If that happens, they only have 116 marks and will lose the ruling power obviously.