Top 4 Reasons to Watch Bairavaa (2017) in Theaters on January 12: Initially, please note the Title and then go ahead to read the reasons. Yup..! it is all about the First-day show of the biggest star in Tamil Cinema Industry on January 12. The actor Ilayathalapathy Vijay and the Bairavaa film is the hot topic of the week. At the last week of December 2016, there has more announcement by other actors and films about their Release on Pongal 2017. Just read it, who all tried to release their film in Pongal 2017 along with Vijay’s film. The Musician and a friend of Vijay, actor GV Prakash Kumar has also given an announcement of Bruce Lee on Pongal 2017.

As like that the actor Jai, Vijay Sethupathy, Arun Vijay and Madras fame Kalaiyarasan all leaves their film posters with the tag of Pongal 2017 Release. But, there is no another big update from some films later now. Vijay Sethupathy’s Puriyaatha Puthir has also stepped down from the release of Pongal 2017 at last minute, Today. However, the Santhanu Bakgyaraj and Parthiban’s KIN has initially scheduled for the release of December 30; then the maker has flipped the release date along with Bairavaa on Pongal. The team of Koditta Idangalai Nirappuga (KIN) is now fully active for the release on Pongal 2017. Let see the Top 5 Reasons to Watch Bairavaa in Theaters on January 12 (First-Day Show). 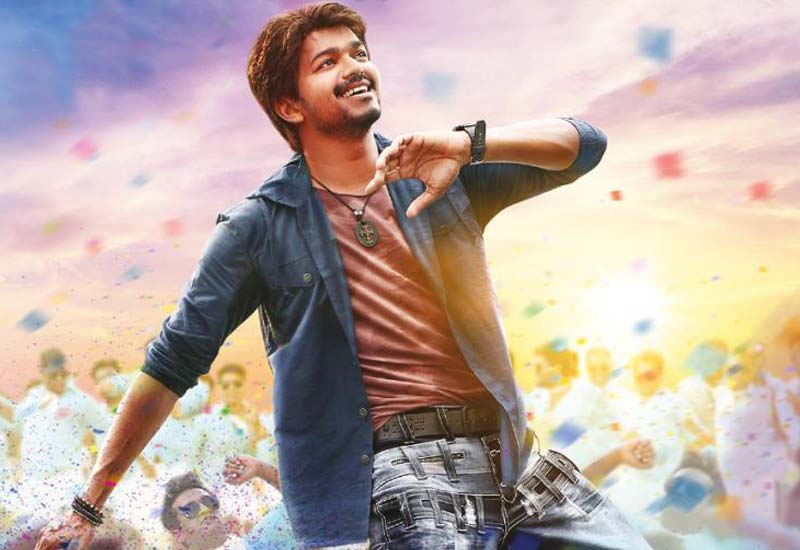 It is a day, only for Fans of Vijay (First Day)

It is a festival day for the biggest star film release in South India, especially in Tamil Nadu. Whereas, Ilayathalapathy Vijay is one of the biggest prominent personality in Tamil Cinema world. He is the first person in Tamil Cinema after Superstar Rajinikanth, who had more fans of kids and family. Ilayathalapathy Vijay’s young and stylish body language plays the vital role for all of his films.

Crackers, Colors, Big flex banners with the fresh flowers is the significant mark of the Fast Day show. According to the official source, the Bairavaa first Premier show in the world will screen at Bombay Talkies at 09:30 PM today on Wednesday. And the 10:00 pm show at Cathy & GV Yishun, Singapore. Hence, the Bairavaa Movie Review will be out on the internet tonight itself.

According to the source, the actor Vijay has watched the final theater copy of the film Bairavaa today along with the technical crew at Qube screen. Also, the source says that he was mighty pleased and thanked the team.

The Editor Praveen KL has amazed about the character of Ilayathalapathy Vijay. He said that the actor Vijay allows us to do our job as our wise easily. He made all the crew in a comfort zone while at work.

Dinesh Master and cinematographer Sukumar have also expressed their thoughts regarding the lead pairs of the film. Sukumar said that actor Vijay is a friendly man, who praised me a lot for my work.

The Chennai-born Tollywood lead actor Jagapati Babu played as a character of Jayanth in this film. He had a great story in his cinema career. He won two Filmfare Awards and more other.

Keerthy Suresh as Malarvizhi in this film. She is the love girl of Ilayathalapathy Vijay. Current dream and love girl of Tamil Cinema lovers all around the world. All the filmmakers are comfort about the language of the Keerthy. She is good with the Tamil language. The Sukumar noted about the Marriage song and Keerthy’s beauty along with the words of Vairamuthu and Santhosh Narayanan music. 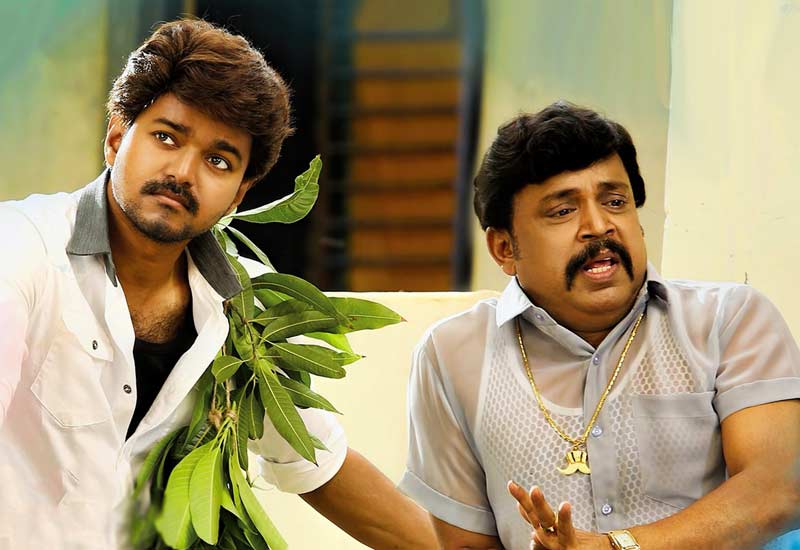 Rajendran is there again as Police officer in this film at the department of Traffic. Thambi Ramaiah as Aishwarya’s uncle. Sathish as Shanmugam, who is the friend of Vijay in Bairavaa. It is the second film for Sathish in Vijay’s film after AR Murugadoss Kaththi.

Mime Gopi as Karuvadu Kumar and Daniel Balaji as Kottai Veeran are the important supporting characters of this film.

Bairavaa Release is the BIG one

Around 55 countries will screen the Ilayathalapathy Vijay’s Bairavaa from January 12. However, the film is facing issue with the release of Kerala due to the standoff between producers council and distributors council. Also, the new release of OK Jaanu (Hindi) and Khaidhi No 150 (Telugu) has occupied the more screens in Karnataka. Though, Bairavaa releasing over 1500 screens around this world. Sri Green Productions is the Tamil Nadu distributor. Reliance Entertainment is releasing Bairavaa in North India. The Overseas rights are sold based on the Countries. Whereas, Bairavaa releasing 50 screens in the United Kingdom and 100 screens in the United States.