Trisha Jallikattu Issue: One of the popular South Indian actress Trisha is a supporter and member of Peta who is an Animal Welfare Organisation. People from Tamilnadu abused Trisha for her voice over banning Jallikattu, and they disturbed her movie shooting last two days. Today, the actress came with a tweet on her official Facebook and the Twitter page explaining, Jallikattu as cruelty to animals and no matter how old the tradition is also she ended her tweet with Bank Jallikattu hashtag #BanJallikattu.

In her very next reply, she came with a tweet stating her account got hacked, and the tweet was not by her. Immediately she caught to the Social media meme creators, and people started trolling her with some creative memes stating it is impossible to get back a hacked social account within 5 minutes. After few minutes, she deleted her Official Twitter temporarily by deactivating the account, and she also tweeted that she filed a complaint against her account hack issue.

So here are her tweets, 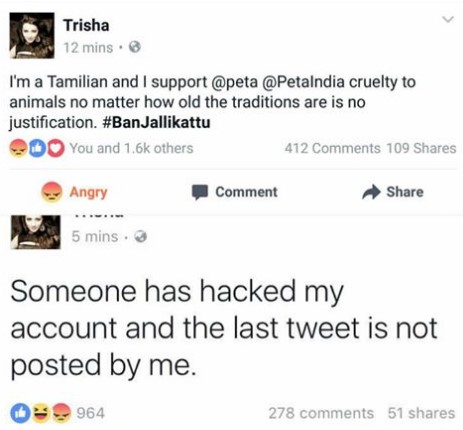 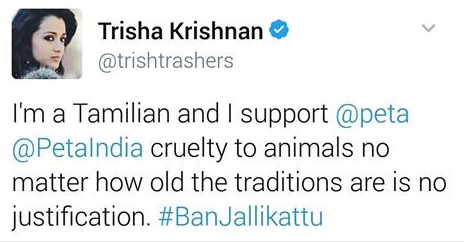 Within a few hours, people started trolling her with some memes. Here are some best memes for you to look at, 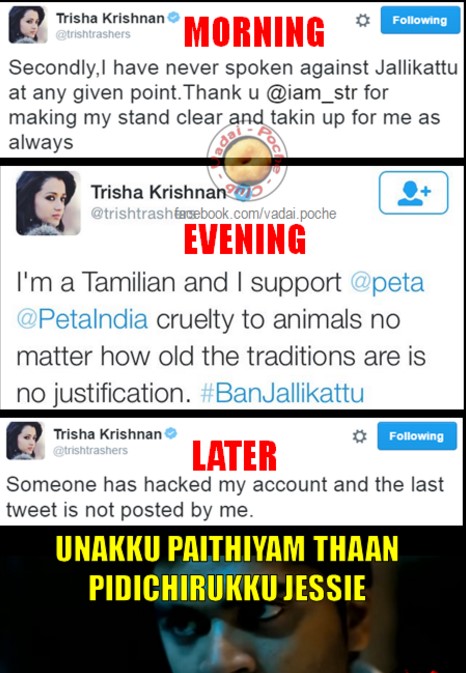