TSPSC Recruitment Exam 2017 had some major updates on its schedule. The Telangana Sate Public Service Commission (TNPSC) was already announced along with the notification of recruitment examinations in August 2017. In that, the commission had made some changes in the exam schedule because of the Staff Selection Commission examination in the same dates. Also, as per the request of candidates the commission changed the dates of TSPSC recruitment exam 2017.

According to the reports of other media, the recruitment process will be held in a big manner as it will be conducted to fill 2345 vacancies in various department of the state. At the same time, the Telangana Chief Minister K Chandrasekhar Rao has announced on the occasion of Independence Day of India that the government would take procedures to appoint suitable employs around 85,000 jobs on government sectors, reported PTI. 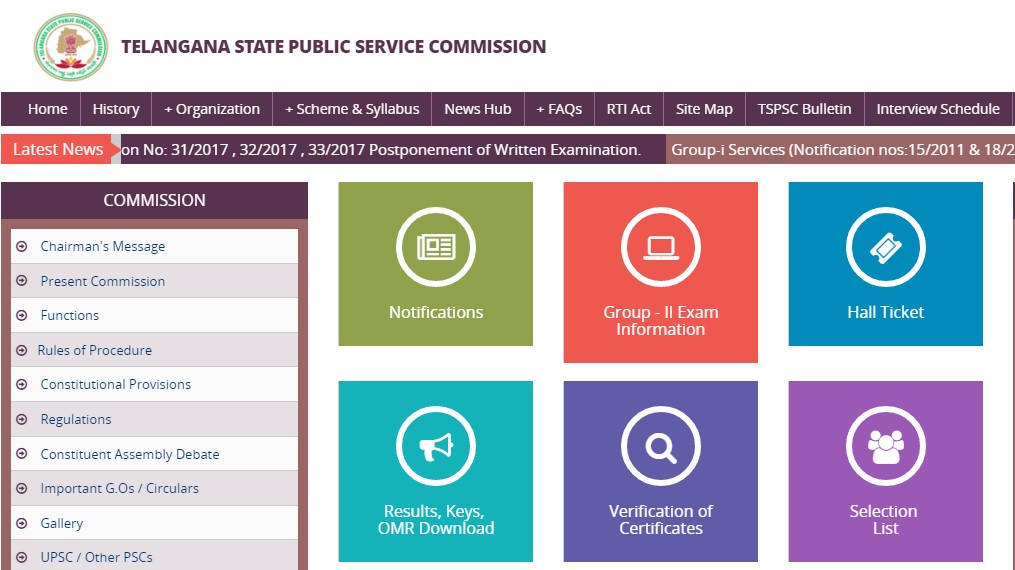 On the official website, the commission had updated the changes alone without any vacancies officially. It is recommended to the candidates that to monitor the official website frequently to get news instantly regarding vacancies, exam pattern and other important details of the recruitment exam.

Also, the Recruitment exam for Deputy Surveyor post will be held on 20 August 2017. All the candidates who applied for the exam will get their hall tickets which will be uploaded on official website by the commission on seven days before the examination date.