India: The Upcoming Bollywood Horror comedy film Tutak Tutak Tutiya poster released. The Official twitter account of Pooja Entertainment tweeted along with the New poster. The Indian dance king Prabhudeva paired with Sonu Sood and Thamannaah in this film. It has made with three Indian languages as Hindi, Tamil, Telugu by AL Vijay direction. 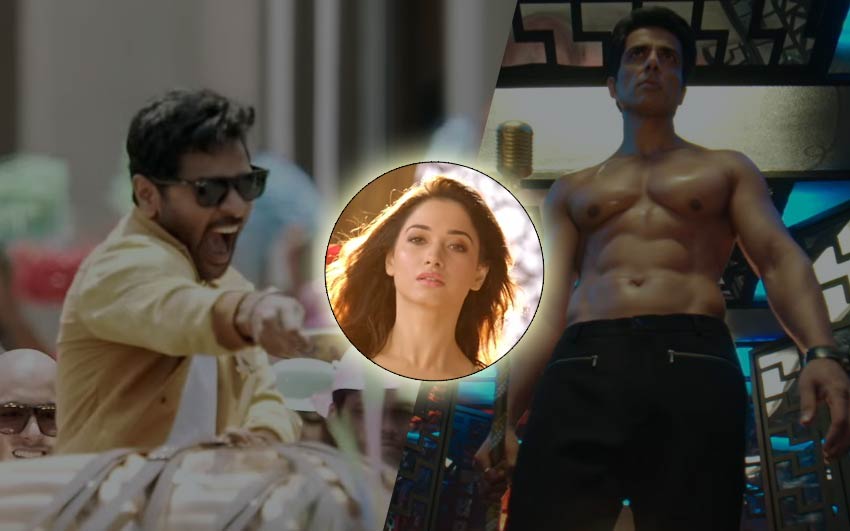 The Movie has Directed by AL Vijay and Produced by Sonu Sood. Tutak Tutak Tutiya will hit the theaters in Tamil, Telugu, and Hindi as worldwide. The film is set to hit the screens on 7th October 2016. The Tutak Tutak Tutiya Teaser released Yesterday by T-series. The Teaser running time is 36 seconds.

Pooja Entertainment and Films LTD presents in association with Shakti Sagar Productions. A Vashu Bhagnani releases the film Worldwide. The Tutak Tutak Tutiya Produced by Sonu Sood and Co-produced by Sonali Sood, Deepshikha Deshmukh. It is the genre of horror comedy along with the PD dance. In Tamil, the movie title is Devi / Devi(L) and in Telugu, it is Abhinetri.

The Latest Movie Poster of Tutak Tutak Tutiya has released today on September 6, 2016.