The PCB industry goes far beyond computers and smart devices. In a world that is constantly moving towards digitalization, the application of PCBs is constantly expanding and serve countless industries, including healthcare, automotive, military, space exploration, etc. The future of the PCB market, therefore, is promising. With a CAGR of 3.3% from 2018 to 2023, the global PCB market is estimated to reach $80.1 billion by 2023.

A growth in connected devices and the communication industry coupled with an advancement in automotive electronics are some of the major drivers of growth in the PCB industry.

Market Segmentation on the Basis of End-User Industry:

One of the most common applications of the PCB industry, consumer electronics hold the largest market share of 60%. These include mobile devices, computer electronics, recording devices, entertainment systems, and home appliances. To ensure expert device functionality, PCBs manufactured for this segment are generally very rigid, and follow strict quality control measures to maintain industry standards. 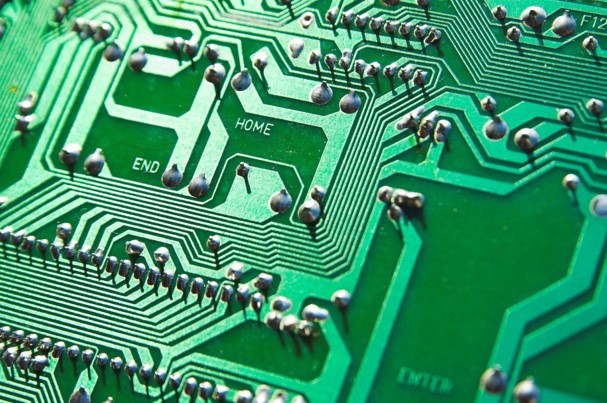 Modern automobiles now come equipped with a variety of features such as temperature control, navigation, safety devices, and entertainment –– most of which involve printed circuit boards. Since the safety element is now involved in the PCB automotive industry, the PCBs designed for this purpose need to be extremely reliable, therefore, flex PCBs are most frequently used. This is because they are smaller in size, weight, and are resistant to vibrations. Owing to technological innovation and growing demand, PCB’s application in the automobile industry has made this the fastest growing segment.

PCBs have extensive use in the healthcare industry with sophisticated devices that are crucial for diagnosing diseases, conducting research, and providing treatment. PCBs are also used in implantable devices, and in imaging & lab equipment. PCBs used in the healthcare industry are mostly HDI PCBs (high-density interconnect PCBs) so that they can easily accommodate small devices like monitors and implants. Flex PCBs are mostly used in healthcare because of their small shape and size.

The reliability and safety requirements of PCBs in the automotive industry get even more amplified for their applications in the military and defense. PCBs are used in the military for vehicles, defense applications, and for networked computers, all of which require the highest levels of security and reliability for the protection of military personnel. These include testing of the safety of firearms, explosives, guns, and ammunition, and in security systems.

With a market share of 28%, telecommunications and broadcasting use PCBs in a variety of applications such as lighting displays, filtering devices, booster stations, receivers, frequency boards, microphones, and mixing decks. PCBs that are durable and lightweight are more favorable, as this segment requires a density of machinery. As a result, aluminum PCBs are preferred over other variants.

Market Segmentation on the Basis of Regions:

Geographically, the global market for printed circuit boards is segmented into North America, Europe, the Middle East, and Africa (EMEA), and Asia-Pacific (APAC):

Owing to an increase in the demand for automobiles, the PCB production in North America has been at a steady increase from 2016, resulting in a market size of $3 billion. The manufacturing for PCBs is expected to show further growth after US President Donald Trump’s restriction on external sourcing. Firms like Multek, Sanmina, Mflex are prominent suppliers of the region.

With automobile leading industrial production, the PCB market in the EMEA region stands at a net worth of $2.4 billion. Innovation is driven by the new demand for safety and automation in automobiles, which brings in new technologies in both PCB production and PCB design. The PCB market in EMEA is supported by Somacis, and some key German suppliers like Wurth Elektronik and Schweitzer.

With an estimated market size of $54.78 billion, APAC holds almost 90% of the global PCB market share. The APAC market has been driven by a shift in the manufacturing of electronic and communication products to China and other countries famous for their low production costs. Some of the key suppliers of the regions such as ZD Tech, Unimicron, Nippon Mektron support both domestic and global demand.

Emerging trends of miniaturization and sustainability will further lead to green PCBs that would also support high-speed signal transmission. Growing demand for automation and safety will continue to introduce PCB in other segments such as manufacturing, transport, and industrial applications.