Home » News » UPTET 2018 Answer Keys to be released at upbasiceduboard.gov.in

UPTET 2018 Answer Keys to be released at upbasiceduboard.gov.in

UPTET 2018 Answer Keys: Uttar Pradesh Teacher Eligibility Test (UPTET) 2018 examination answer keys are available soon on the official website today on 21st November 2018, Wednesday, as per the source. While the IP TET 2018 answer keys were be released on Tuesday, yesterday. Due to various internal issues, the board can’t able to release the keys as per the plan.

The UP TET 2018 answer keys would be available on the official website shortly today. Check the official Uttar Pradesh board website – upbasiceduboard.gov.in.

The board conducted the UP TET examinations 2018 on last Sunday, November 18, 2018. According to the report, there were more than 17 lakh candidates were appeared for the exams in two sessions as Forenoon and Afternoon. 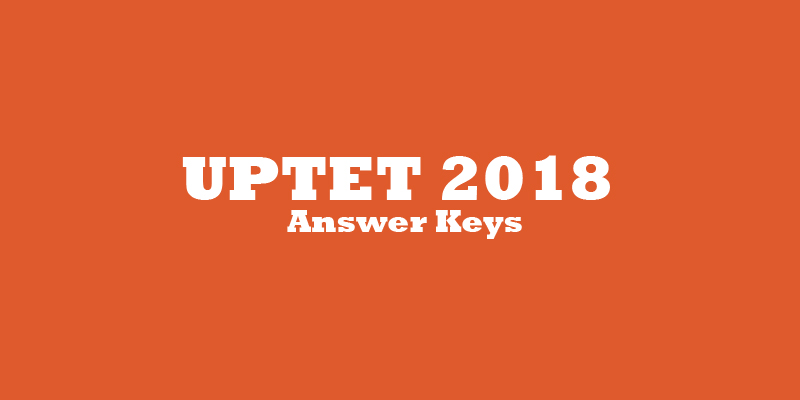 The Forenoon exam was conducted between 10 am and 12.30 pm for the candidates who aspire to teach for the students of classes 1 to 5 in the state-run government schools.

In the Afternoon second session, the exam was conducted for the candidates who would like to teach for the students from classes 6 to 8 in the government schools.

UP TET is an exam to qualify for the post of teacher in the Uttar Pradesh government primary and upper primary schools.