Urjit Patel fake Twitter account: The Urjit R. Patel is previously working as a RBI Deputy Governor. Now he was appointed as the Governor of the Reserve Bank of India (RBI) by the government. The Twitter deletes the fake account of RBI governor designates Urjit Patel. This Twitter account was used to respond to greeting tweets as congratulatory messages on this Saturday following his appointment. 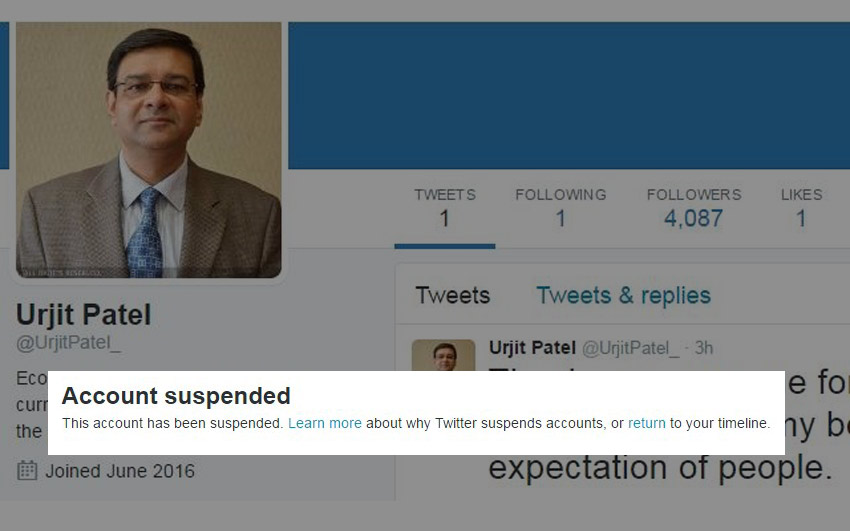 Thank you everyone for your warm wishes! I will give my best to live up to the expectation of people.