Varisu Movie: The number 1 star in Tamil Nadu is Thalapathy Vijay, said producer Dil Raju. Even there is some objection among movie lovers in the state. There is a reason for what he said, in the last few years and beyond Vijay is the only actor who consecutively gives profits to his producers even though his last film Beast suffered.

Now, Thalapathy’s 66th movie is scheduled to release in Pongal 2023. In this article, you will get all you want to know about Thalapathy Vijay’s Varisu movie like details of supporting actors, production cost, posters, songs, controversies, theatres list, box office collection and more.

Vamsi Paidipally’s directorial venture with the help of Dil Raju’s money bag is Thalapathy’s 66th film, named Varisu. The storyboard of this film has three talented people such as Paidipally, Hari, and Ahishor Solomon. The film features Rashmika Mandanna as the leading lady. 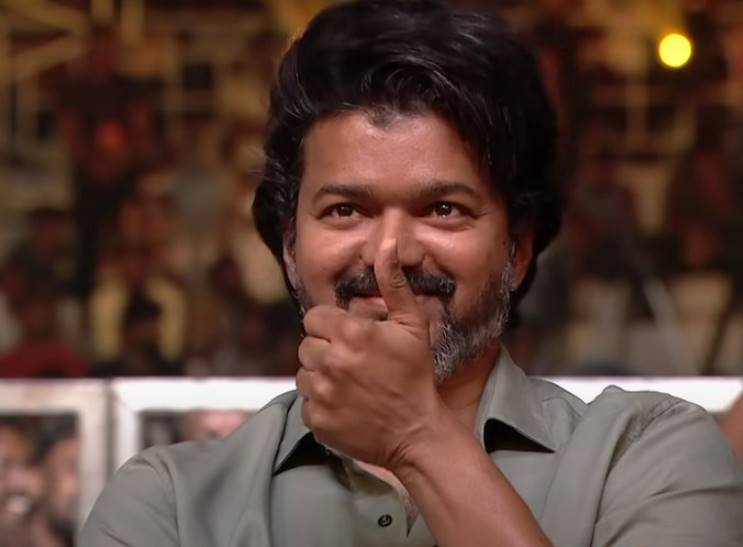 From the Point of View of Varisu Trailer: Varisu is an urban family sitcom, that tells the story of a happy-go-lucky guy named Vijay Rajendran, played by Vijay. After his foster father mysteriously passed away, his character’s circumstances altered, and he now found himself in charge of a multi-billion-dollar corporate reign. Between this voyage and the one that followed, he was confronted with a slew of sins and tragedies. In order to get the crowd cheering, Yogi Babu and Anand Raj will develop the movie in a humorous way.

The first official update about the collaboration of Vijay and Vamsi was announced in September 2021. But the film was untitled when the cast and crew worked in the beginning stage of the film. Dil Raju’s first Tamil film is with actor Vijay, but he tried to begin his film production career in Tamil cinema industry with actor Kamal Haasan’s Indian 2 in 2017. It was handed over to Lyca production for various reasons.

As per the sources, the makers intended to announce about the film in early 2021. But they postponed it due to the second wave of the COVID-19 pandemic in India. This is the second Tamil film for the director after Thozha in 2016. The story and screenplay of this film were penned by the director Vamsi with the help of Hari and Ashishor Solomon. Lyricist Vivek did his job in dialogue writing and also in the screenplay.

Varisu is Rashmika’s second film in Tamil after Sulthan in 2021. After her confirmation in the film, the makers confirmed that actor Shaam was also in the film. Later on, they announced the confirmation of Yogi Babu, Prabhu and Jayasudha’s presence in the film.

Telugu actor Srikanth, Sangeetha Krish and Samyuktha’s names were revealed in later days immediately. Ganesh Venkatraman confirmed his name in Vijay’s movie in August. Sriman was confirmed in September. Actress Khushbu’s presence was confirmed in October after her picture on the set was leaked.

Varisu shot mostly done in Chennai and Hyderabad, with few schedules in Visakhapatnam, Bellary and Ladakh. As per Vijay’s request to the makers, most of the shoot was completed in Chennai. Because of the specially constructed set, the local FEFSI members got benefitted.

However stringent measures were not taken by the team while shooting in Chennai, the film pictures got leaked online. So the team planned to shift the remaining shot to a private place and also in Hyderabad.

Some montage scenes were captured in Ladakh and a song was recorded in Bellary. Varisu climax scenes took nearly 10 days in Hyderabad.

According to the sources, the story of Varisu movie was written keeping the actor Mahesh babu in mind, but he refused to sign in this project. Later this story went around to a few Telugu actors such as Allu Arjun, Prabhas and Ram Charan before finalising Tamil actor Vijay. So the fans of Ajith, Surya and other actors said that this film will not suitable for Tamil audiences. But the makers refused it as the base of the film is family-oriented but the team made many changes later by keeping actor Vijay in mind by considering his previous movies.

The First look poster of the movie was criticised by a group of social media users, the talk was said to be plagiarised from the advertisements of the Otto clothing board. But the company claimed that the image is not related to them on a later day.

Even the Active Telugu Film Producers Guild’s (ATFPG) officially announced that there will be no film shooting from the first week of August 2022. The producer Dil Raju assured that the shooting of Varisu would continue as it was a Tamil-language film and not a bilingual one. His decision arose some issues for a few weeks in production.

The producer of Varisu, Dil Raju’s opinion about actor Vijay has also become controversial. He said that actor Vijay is number 1 in Tamil Nadu state. In a Telugu channel NTV interview, Varisu producer Dil Raju spoke about the clash with actor Ajith’s Thunivu. He said that Vijay is a bigger star than Ajith in Tamil Nadu. Therefore, his film (Varisu) should get more number of screens than Thunivu. It creates a fight on social media among fans for a few weeks and still going on.

The film will clash at the box office with Ajith Kumar’s Thunivu, directed by H Vinoth.

How much Vijay paid for Varisu? – According to sources, Vijay was paid Rs 150 crore for the movie.