VeChain: Within 24 hours, the price value of the VeChain goes up more than 35% high. In the last one hour, it raises 11.23% while in the last seven days, it just increased 77.51%. In this meantime, the VeChain community growth on social media such as Facebook, Twitter, Telegram, Reddit, and for the first week of 2018 also increased high.

After the partnership with certification service provider DNV GL, it enlarging even more than past few days. According to VeChain CEO, Sunny Lu, this strong customer base will inform future services from the company to fully utilise the potential in this huge target market.

In the beginning of 2018, the VeChain Teams Up with Healthcare Co. Ltd (Milly). At that time, the value of the coin reaches the $2.79 mark. Now on 11th January, it crosses $6.00 USD with the market cap of one billion.

While DNV GL also having partnered with around 187 countries in the world. In that, they had some high profile companies such as Alibaba, Airbus, Oracle, Coca-Cola, HSBC, IBM, Tencent, and Cisco.

From the 1st January to 8th January of this new year, this new crypto VeChain got a massive response. Check the image: 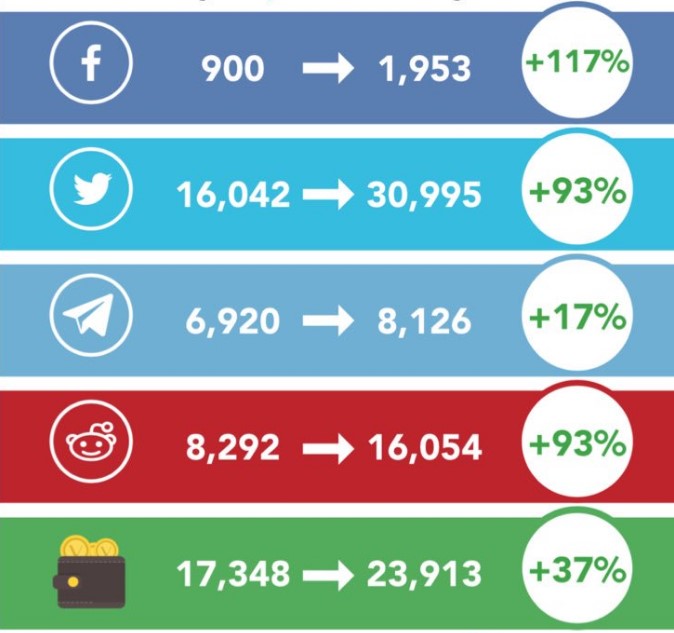 The information which all given above is a single part of the big reason behind the massive surges of VEN. This is the only and first company which aims to use the blockchain technology that focuses on products and information.