Venezuela vs Colombia is the first match in the South America World Cup qualifier after the matches in the Month of March 2017. Both of the team is situated at two different ends at the standing table of Round 1 South America’s Preliminary Competition. This is the first competition to eligible for the World Cup which has scheduled on 2018. Totally 90 matches are there to decide the qualified teams from South America for the 2018 FIFA World Cup Russia.

The top four teams of the Round 1 will directly qualify and the fifth placed team advances to the intercontinental playoff. In the November 2017 playoffs, two teams will play in the home and away game. Then from the result, it will be decided that the winner will qualify for the 2018 FIFA World Cup Russia. 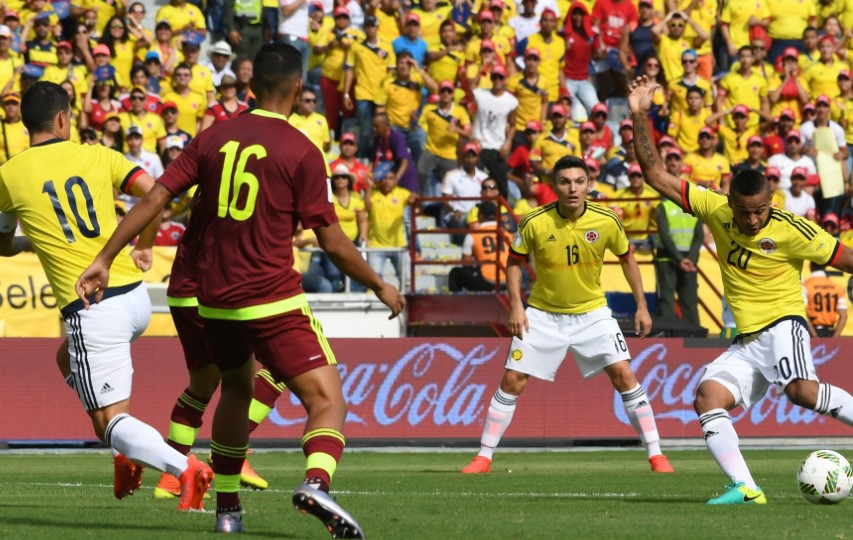 As of now, Brazil has already selected to the World Cup directly because of their total points and their performance. They had scored 33 points by playing 14 matches with the 10 wins, three draws, and one loss. Colombia is the second team with the score of 24 points by winning seven matches, four losses, and three draws.

But, today’s Colombia facing the Venezuela who spotted at the last position in the table. It is the opposite status of Brazil that Venezuela had won only one match and lost ten with three draws in this World Cup qualifier. They drew two matches recently against Ecuador and United State in the International Friendly matches respectively after a loss with Chile.

Colombia registered their International friendly win over Cameroon before playing on this stage. Though, they had a draw with Spain 2-2 in the same week in June 2017. Lastly, Colombia had their win in the Fifa world cup against Ecuador followed by Bolivia.

The Venezuela vs Colombia matches to begin on 05 pm Local time at Estadio Polideportivo de Pueblo Nuevo in San Cristobal. Even though it is the home match of Venezuela, they need much more strength to defeat Colombia. It is not possible as per the prediction of some football followers. In the last meeting between each other in this tournament on 1st September 2016, Colombia had their win 2-0 against Venezuela.

The Venezuela vs Colombia Live Streaming TV and Online list are following:

Also, all other countries having an official broadcaster of FIFA World Cup. Check the official list of TV channels, online, Radio lists from the FIFA.com.