Vijay 61 & Atlee’s film set to floor on Pongal 2017 officially: As per the official announcement by the Sri Thenandal Films, actor Ilayathalapathy Vijay’s next film with the director Atlee Kumar is ready to shoot shortly. The makers of the film are in full swing for the launch of Vijay 61. The film yet to title in between or at the end of the shoot. Early, the director Atlee had released a massive hit under his second list of films with Vijay as Theri.

The fans of Vijay is hardly busy with the film of Bairavaa on this Pongal festival. At this time, it is another special news for all the Ilayathalapathy Vijay fans. The Vijay 61 to be hit on the floors on the festival occasion of Pongal. The regular shooting of the film formally begins from the next month, February 2017. However, it is a simple and formal pooja of Vijay 61. 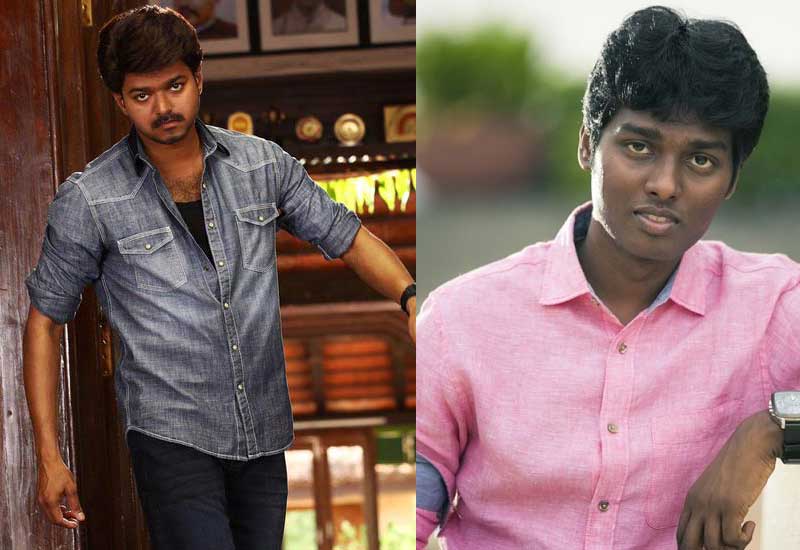 As mentioned previously, Vijay 61 story contains three female leads as Jyothika, Samantha, and Kajal Aggarwal. Also, the film is scheduled to the release of Navaratri festival in September 2017. Sri Thenandal Films is the production company of this film and it is the landmark of the production.

After Vijay 61, it is AR Murugadoss third collaboration

According to the rumors, the actor Vijay will pair up again with the AR Murugadoss for the third time. The collaboration of Ilayathalapathy Vijay and director AR Murugadoss had presented two massive hits already under the title of Thuppakki (2012) and Kaththi (2014). He is now busy with the film of Mahesh Babu’s bilingual project.

The reports are saying that the film will release around 100 screens in the USA and 50 in the UK. It is around 1500 screens worldwide. Check the List of theaters which Bairavaa’s release in the United Kingdom and book your tickets. Premier Shows will screen in the USA on January 11.

There is a surprise for all the Ilayathalapathy Vijay fans on January 12. The makers are planning to unveil a special song, which doesn’t include on Bairavaa album. The special song has used in the Bairavaa movie. However, Jagapathi Babu and Keerthy Suresh are the lead roles of the movie, apart from Vijay. Vijaya Productions is the house of Bairavaa production.