Vijay Next Movie Update: Actor Vijay’s 61st movie is all set to begin its shooting soon. Thenandal films production house officially confirmed Vijay 61 will be their 100th movie from their banner. Theri and Raja Rani fame Director Atlee is the director of Vijay 61 movie. The movie is set to begin its shooting from 1st February. The Shooting of this movie will be progressed in Chennai, Madurai, Punjab and United States.
Vijay 61 movie will be cast with most popular actors SJ Surya, Sathyaraj, Vadivelu and female lead role by Samantha, Kajal Agarwal and  (Nithya Menon). Vijay 61 will be directed by Atlee, Screenplay by Vijendra Prasad, Music composed by AR Rahman, Camera by Vishnu, Art by Muthuraj, Editing by Ruben and Action by Anal Arasu are confirmed so far. The movie is planned to release for Pongal 2018. (Release Date of the Film Changed) Read Vijay 61 Latest Update of First Look Release, Audio Launch HERE. 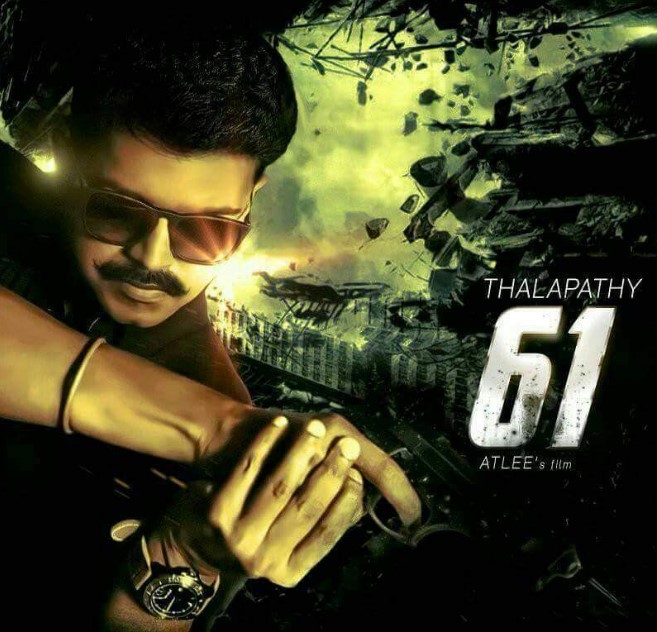 Earlier, Vijay 61 team confirmed that this movie will have a flashback from 1980’s like Annamalai movie. Those flashback scenes will be shooted at Madurai. This movie will be released for Pongal 2018.
Stay tuned for more updates on Vijay 61 movie title, release date, songs list and audio launch dates.