Vijay Mallya tweeted that, Outfit called Legion has hacked my e-mail accounts and are blackmailing me !! What a joke. And also, My account has been hacked by some one called Legion who are Tweeting now in my name. Simply ignore. Will fix this. Check the pictures provided here below. 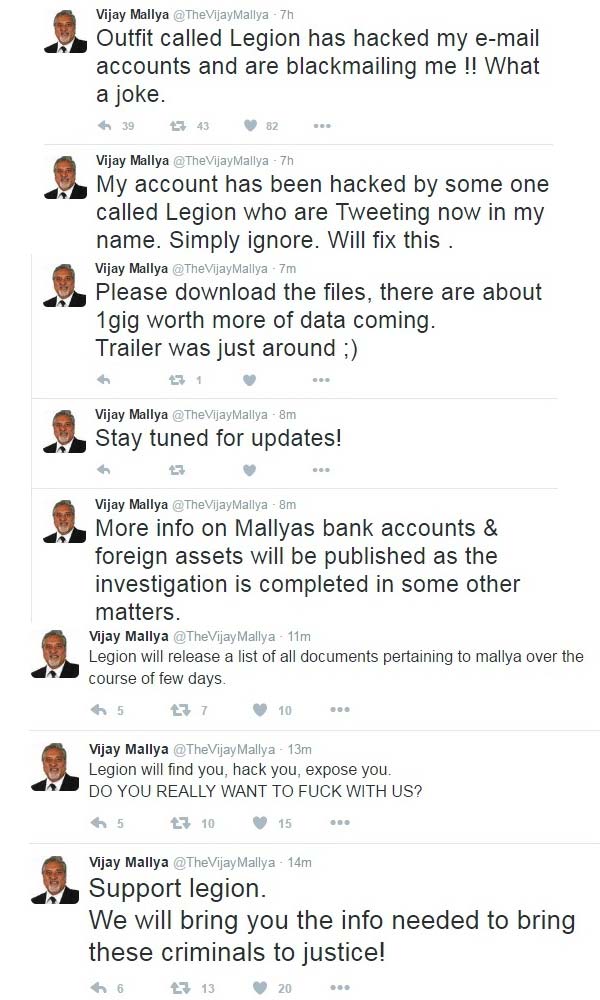 Mallya had left India on March 2, Kingfisher Airlines owes more than Rs 9,000 crore to various banks. A Special anti-money laundering court confirmed that the attachments of assets order worth Rs 1411 crore issued by the enforcement Directorate (ED) against United Breweries Holdings Ltd (UBHL) and others in connection with its money laundering probe against the liquor baron and others on December 2, 2016.