While the fans were disappointed by the fact that there was no audio launch event for the earlier film Beast, the audio launch event of Varisu will be held in a grand manner at the Nehru Indoor Stadium in Chennai on 24th December today at 4 pm. A short story told by Vijay has already become a trending video posted by fans with visual effects.

While fans from all over Tamil Nadu have flocked to the Nehru Arena for this music launch event, many are waiting outside the arena without getting tickets. The Nehru Indoor Stadium, which has a seating capacity of around 40,000, is attended not only by fans, but also by film crews, celebrities and big names. 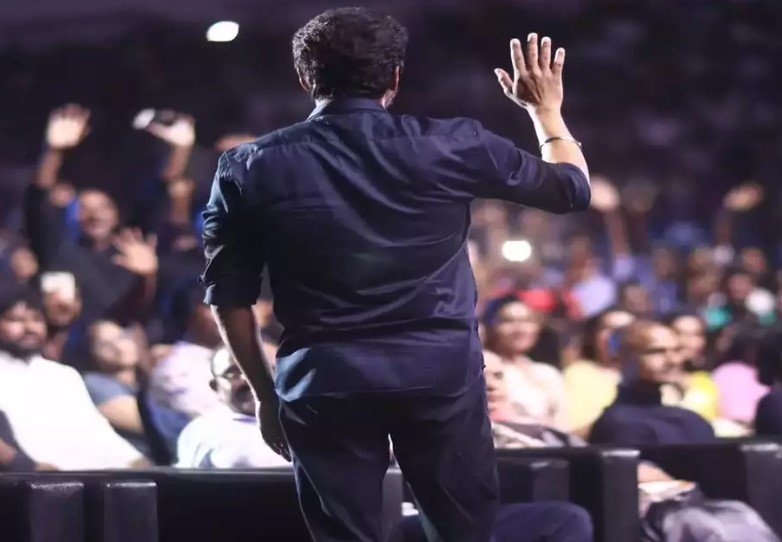 In that way, celebrities have also started coming to Nehru Indoor Stadium. It is also said that the film crew including producer Dil Raju has also reached the venue. In this case, Vijay’s father S.A. Chandrasekhar and mother Shoba have come to the event. As there were some issues between SAC and Vijay for a long time, the reports said that the talks between the two have decreased.

Varisu fourth single is named as Papa Papa and it was choreographed by Shobi Master. This was officially confirmed by the Shobi master in Varisu audio launch.

In #Varisu “Papa Papa” and a theme track will have #ThalapathyVijay with some killer dance moves. Vijay sir always brings a fresh, new energy to my moves — Shobi Master