Vijay Sethupathi and Nayanthara will appear on-screen as again on upcoming Tamil film, Imaikka Nodigal. The romantic thriller had the lead actor of Atharvaa, which is directing by the Ajay Gnanamuthu. He debuted as a director with the horror flick Demonte Colony. The hero Atharva Murali had clarified earlier that Nayanthara will not be paired with the latter in the film.

The film’s director Ajay Gnanamuthu and hero Atharva Murali had clarified earlier that Nayan will not be paired with the latter in the film. The source talks that the Vijay Sethupathi doing a cameo role in this film. The hype of the film getting the lot around the film, Imaikka Nodigal. The question at present is that Vijay Sethupathi’s role will be an extended cameo. Interestingly, Atharva and Nayanthara are playing siblings in the film. Raashi Khanna romances Atharva in the film. 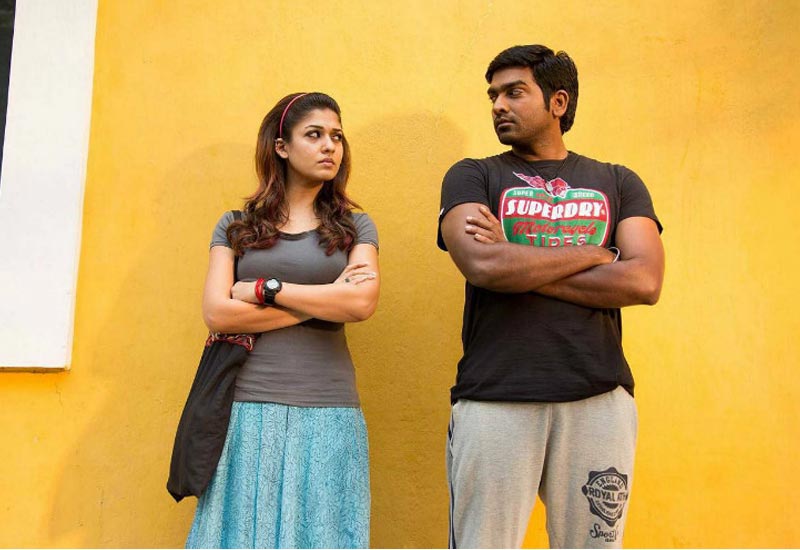 Ajay Gnanamuthu’s directorial debut was with the horror flick Demonte Colony and this is his second venture. Incidentally, Vijay Sethupathi and Nayanthara are pairing up for the second time after the astounding success of Naanum Rowdy Thaan.

Atharvaa, Nayanthara, Raashi Khanna, Anurag Kashyap, and Ramesh Thilak are the Cast of this film. Later, Vijay Sethupathi has also added to this film as a cast. R. D. Rajasekhar and Bhuvan Srinivasan are the Cinematographer and editor of this film. C. J. Jayakumar is producing this film under his banner of Cameo Films India. Selvakumar as the art director and Hiphop Tamizha is the music composer of this film. The film is expected on the silver screen within two or three months in 2017.