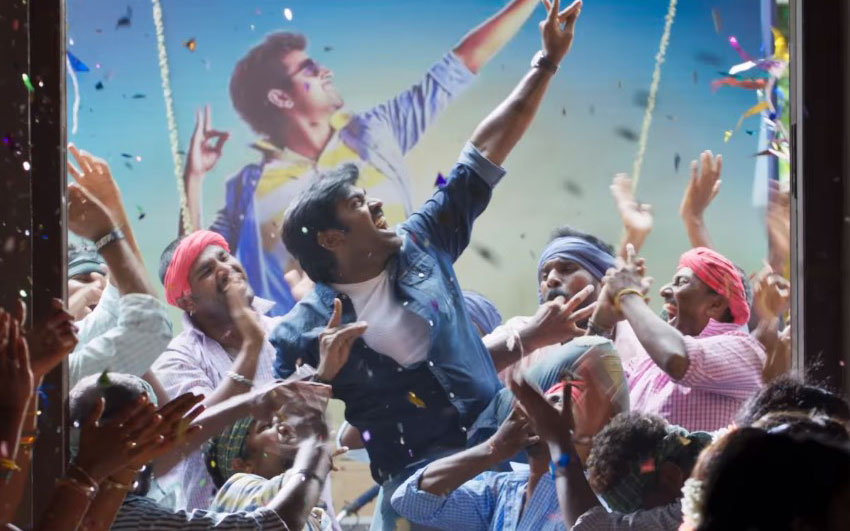 The Movie had the genre of Action masala, and it is now on under production. Dinesh Krishna is the editor of this film. It is Rathina Shiva’s directorial film for the Vijay Sethupathi as an Advocate. It is the second movie for Rathina Shiva. He completed his debut film along with Arun Vijay’s Vaa Deal; the film will hit the screen as soon.

Kishore, Kabir Duhan Singh, Harish Uthaman, and Sathish also there as the supporting actors. The film Pooja has done on May 6 in Chennai. In that function, actor Vijay Sethupathi revealed the storyline in short as he will act as an advocate, Lakshmi Menon as a romantic role. At one stage, the hero needs to kidnaps a girl and then remaining is the core of the film.

Vijay Sethupathi’s movie lineups as “Aandvan Kattalai,” “Kaathu Vakkula Rendu Kadhal,” and “Rekka.” As per the report, the film series is like as an order. We can expect the release in the row as given above.

We can able to see the Nick name for Vijay Sethupathi on recent movies and trailers as “Makkal Selvan.” 🙂

The Virru Virru Tamil Song Promo has released by using Sony Music India on YouTube. It has the runtime of 32-seconds. Vijay Sethupathi dancing for the SivaKarthikeyan‘s Maan Karate style. The Image is provided above of this post.

The Latest Virru Virru Tamil Song Promo has sung by the Jithin Raj and it is penned by Yugabharathi. The film had some fight sequences, it is managing by the Fight Master Rajasekar. Common Man Production B. Ganesh is the financial support for this film. Sivabalan Picture had the rights to release this film in Tamil Nadu.