VIP 2 First Day Shoot in 2017: Actor Dhanush released the 26-seconds first-day shoot of VIP 2 in this new year 2017. The video revealed that the lead roles in the film were looks as classic way. Actor Dhanush and the actress Kajol have conveyed their romantic look each other at the office. The short video begins with the card of production companies as V Creations and Wunderbar films. Then, it shows the story and dialogues of the film are managing by Dhanush. Hence, the Screenplay and the direction is by Soundarya Rajinikanth.

At the time of 11th second, the lead actor Dhanush appearing along with the Anirudh Ravichandran’s VIP theme. At 14th sec, Kajol’s dreamy eyes seem Raghuvaran’s spectacle romance face. The title of the video “First day Shoot in Year 2017” at second of 22. Watch the Video here below.

VIP 2 (Velai Illa Pattathari 2) is the second venture for Soundarya Rajinikanth after the film with her father’s Kochadaiyaan. Sameer Thahir is the Cinematographer of this film. He had most of the films in Malayalam. Sean Roldan is the music composer of VIP 2. VIP theme by Anirudh Ravichandran is using for the background score of VIP 2. The film Pooja and the first-day shoot has begun on December 12 along with the blessings of Superstar Rajinikanth.

The VIP 2 First look and motion poster has released on November 9, 2016. The female lead actor of the film has introduced around the first week of December as Bollywood actress Kajol. On December 17, the first-day Photo shoots are officially released by the makers. 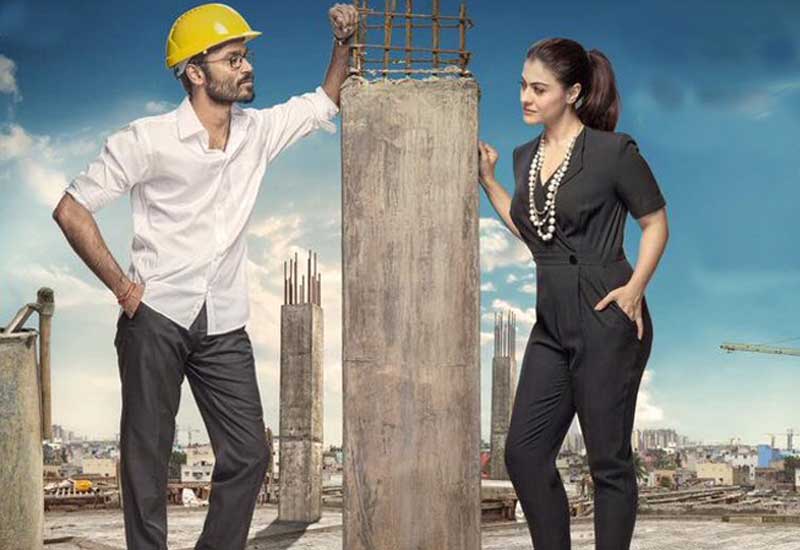 Today, on December 4th morning, the team officially released the sneak peak slides of First Day shoot in Year 2017. The Hashtag of #RaghuvaranIsBack is trending at fifth position in Twitter India around 9:40 AM.