VIP 2 Pooja: Soundarya Rajnikanth directional VIP 2 (Velai Illa Pattadhari 2) movie Pooja has conducted on December 15. The lead actor Dhanush’s father-in-law and Soundarya Rajnikanth’s father ‘Rajnikanth’ has also joined in that ceremony. The VIP 2 First look was released on November 9 with the hashtag of RaghuvaranIsBack. The same cast of VIP (2014) has listed for this film also. Check the image provided below.

The film will shoot simultaneously on Tamil and Telugu as a bilingual. Dhanush’s Wunderbar Films is producing this film, associate with production with Kalaipuli Thanu production. Sean Roldan is the music director and the Anirudh Ravichandran’s VIP theme music is using along with his background score.

Superstar Rajinikanth’s wife Latha Rajinikanth has also joined with the movie cast and crew. The lead actress Amala Paul, Comedy actor Vivek, and other supporting actors are there at the VIP 2 Pooja.

The first shoot begins with the blessing of Rajinikanth. Actor Dhanush tweeted as “What more can i ask ?? #thanksthalaiva ???❤️❤️ with all your blessings #vip2 kick starts from today. #raghuvaranisback” 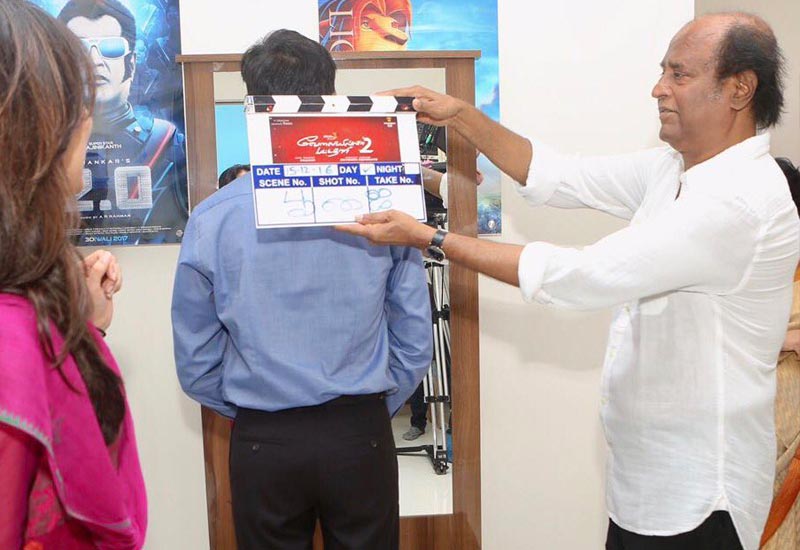 Actor Dhanush is the story and dialogue writer of VIP 2 – Velai Illa Pattadhari 2. The first installment of Velaiyilla Pattathari was directed by the Velraj and Anirudh was the music director. The lead male actor Dhanush was acted with the character name of Raghuvaran. In Tamil Cinema, the actor Rahuvaran had the major negative shades, especially in Superstar Rajinikanth’s Baasha. He also played with Dhanush in Yaaradi Nee Mohini as Dhanush’s father. Both of them had a better relationship in their real life.

Soundharya Rajinikanth is the director of this new venture. She was entered into the Tamil cinema with the film of Rajinikanth’s Kochadaiyan. From today, she started directing her sister-in-law as her second film in Tamil and Telugu.