VIP 2: It’s a very good day for Dhanush fans. According to the Official tweet by Actor Dhanush as the “Announcement will happen tom morning 9:10 am .. super excited and thrilled.” He revealed his next project update in this Wednesday morning.

Soundarya Rajnikanth is about to direct Velai Illa Pattadhari 2 (aka) VIP 2 and shooting to commence December 2016. VIP2 will be directed under Dhanush’s own production with Kalaipuli Thanu production, and music by Sean Roldan & Anirudh. It is also going to be in Tamil and Telugu bilingual. The team also released VIP2 promo teaser or poster today on November 9, 2016.

Fans started promoting the film with #RaghuvaranIsBack hashtags in social media. The cast details of the movie are yet to be announced. It is going to be the second movie for Soundarya Rajnikanth who directed Kochadaiiyaan back in 2014. Producer Kalaipuli S Thanu also tweeted about VIP 2 as their next project from his official Twitter account.

Dhanush will team up with his sister-in-law by the second venture of Blockbuster hit movie ‘Velaiyilla Pattathari’ which was released in 2014. Actor Dhanush has been made this announcement with the release of VIP 2 Motion Poster and Firstlook.

According to the sources, Actor Dhanush is the story and dialogue writer. Wunderbar films will produce this film with the associate producer of Kalaipuli S Thanu’s V Creation.

Sean Roldan is the composer for the VIP 2 – Velai Illa Pattadhari 2 Songs and the background scores will compose by Anirudh Ravichandran. Apart from this news, the makers didn’t update any other details as it is new story and continuation of the first installment.

The first installment of Velaiyilla Pattathari was directed by the Velraj and Anirudh was the music director. The lead male actor Dhanush was acted with the character name of Raghuvaran. In Tamil Cinema, the actor Rahuvaran had the major negative shades, especially  in Superstar Rajinikanth’s Baasha. He also played with Dhanush in Yaaradi Nee Mohini as Dhanush’s father. Both of them had a better relationship in their real life.

Soundharya Rajinikanth is the director of this new venture. She was entered into the Tamil cinema with the film of Rajinikanth’s Kochadaiyan. Now, she is seeking for her divorce from her husband Ashwin. From December, she is directing her sister-in-law as her second film in Tamil and Telugu. 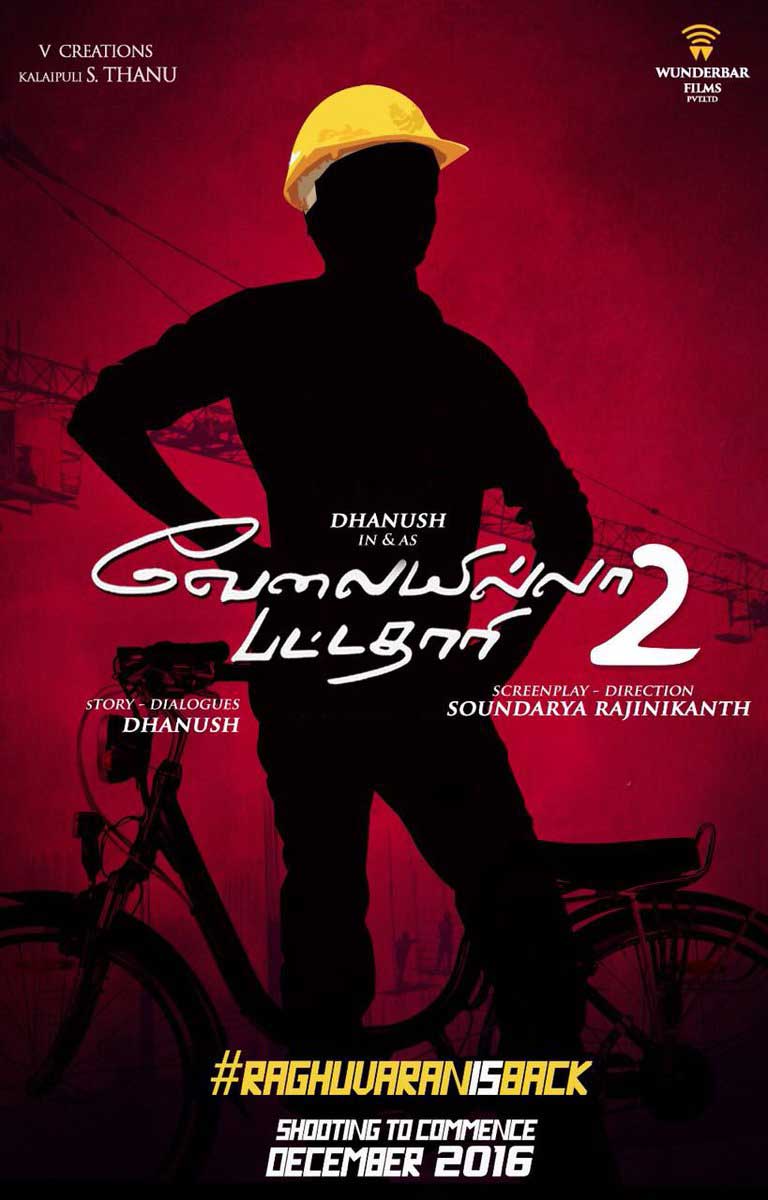 In 2015, Dhanush’s Thangamagan was promoted as VIP 2 at that time, but the movie is nowhere related to any characters from Velraj’s VIP. Now we got official confirmation from the team and #RaghuvaranIsBack.