In this current Kollywood cinema world, all the big star’s film audio songs are releasing as one by one, not a complete pack of an album. In the row, actor Ajith’s Vivegam had released two songs from the film and making records by his fans. At this time, a reliable source reads that the makers planned to treat Ajith fans with another one more single as soon in this week.

Then the complete album will be unveiled in an audio launch which is likely to be on July 20. Anirudh Ravichander is happy about the response of last two releases. Fans of Ajith sending the greetings to him through social media and also other ways. As mentioned before, the current buzz around the Kollywood is about the two tracks of Vivegam and the fans are keenly waiting for the official release date of the movie.

The first song titled Surviva was released in June and the second single Thalai Viduthalai has out just a few days back. Both of the songs consisted of the lines of inspiration along with the energetic music by Ani. Overall, both of the songs have attracted the maximum of the hearts. 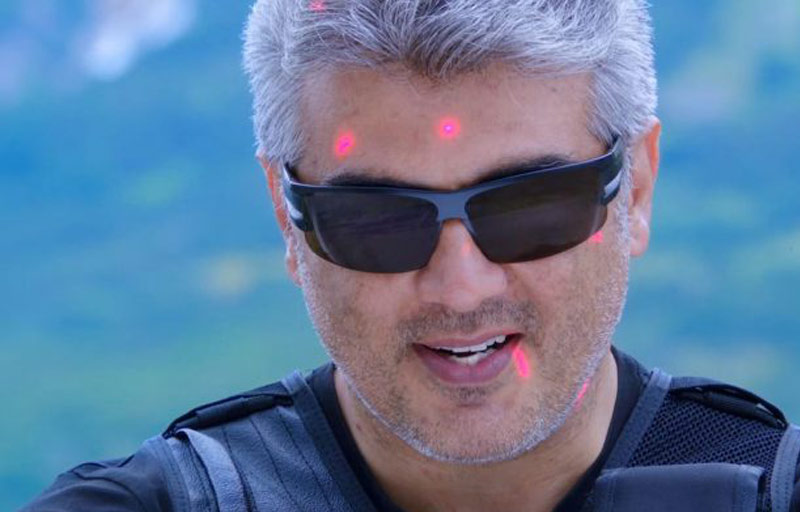 The makers assured that the third single will be also like the same which gives the good feels to listeners. So, the trailer of the film is expecting at this end of July 2017.

All the Ajith fans have already known this fact that this is the third V by this combo. Ajith and Siruthai Siva had joined their hands as third-time for Vivegam after Veeram and Vedalam. This time, it is spy thriller by the director to his ever favourite Tamil actor Ajith. Kajal Aggarwal will appear on the screen in the role of Ajith’s wife and Vivek Oberoi will be seen as his friend. Akshara Haasan to be seen in an important role. So, Kajal will appear on screen with Ajith in August and also with Vijay during Diwali 2017.