Vivegam/Vivekam bike scene has leaked online, one of Ajith’s fan has uploaded it on YouTube and other social media. After Thursday’s release, a fan watched from the first show can’t control his moment and uploaded his 2.40-minute video. In that video, actress Akshara Haasan was seems locked in-between their opponent. At that time, Ajith entered in to space on the air.

From the combo of Ajith and Siruthai Siva, it is one of biggest film in terms of budget. So, the makers keeps watching till the last minute by avoiding piracy, it makes them extra profit. Even, sometimes they can’t able to control the online links on various sources. On each and every time of biggest Tamil film release, certain makers are controlling the piracy links as their personal, not by complaining to police for first few days of the release. 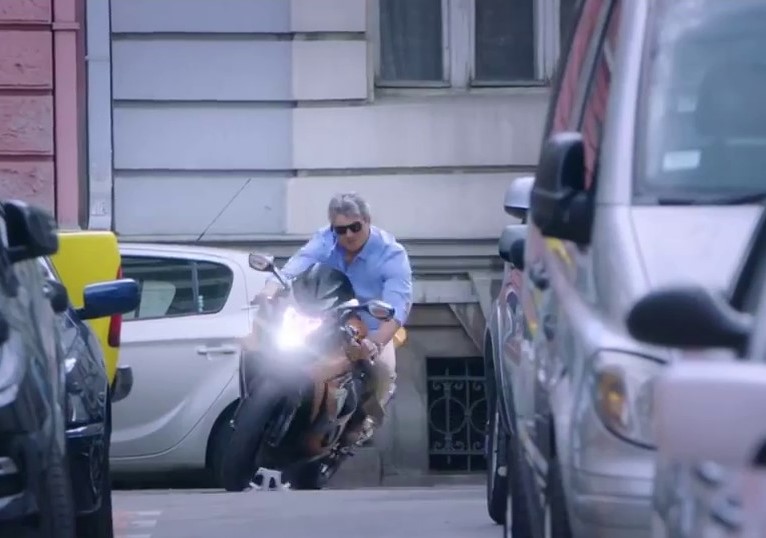 While, even sometimes the group of people allegedly shot a important positron of the film or mostly an twist portion of the film. Like the same on Ajith’s Vivegam. A small important portion of Ajith’s extraordinary bike stunt was leaked online. After few minutes of the video upload, it goes viral on social media.

As mentioned early in the post, the video shows that the Kamal Haasan’s daughter Akshara Haasan surrounded with cars and bikes by group of opponent people. Ajith enters the scene on a sports bike and rescues her and beating those goons. In between the bike chase, the actor receives call from his wife and informs that she is pregnant.

From the social media, the account name called Vinaykumar‏ under @vinaykumarsss1 has posted the Vivegam Bike scene video along with the tweet of “#Vivegam Thala Ajith bike scene #Vivekam.”

NOTE: The video may be deleted on any time due to copyright by the maker.

Overall the movie satisfied the Ajith fans. The director covered it with the performance and stunt choreography. Anirudh added more glory to the film by his background score.