Kollywood Star actor Ajith’s 57th Movie was titled as “Vivegam” and the first look of the movie was released last week. The stunning Vivegam First Look got a good response from the Tamil Audience and it became a talk of the week on the Internet. Vivegam FL also trended worldwide on Twitter as Ajith fans shared it virally all over the social networks with the hashtag #Vivegam and #VivegamFL. Now, Vivegam movie release date has been announced by the team, read below to know about the release date of Ajith57 and it will make you happy for sure.

Vivegam movie starring Ajith Kumar, Kajal, Akshara Haasan and Vivek Oberoi completed their first phase of shooting in Bulgaria last month. The crew will fly again to Bulgaria after a month to complete the final shoot of the movie in a month. Vivek Oberoi‘s scenes are shooted last week with big sets in the M.G.R Film City. 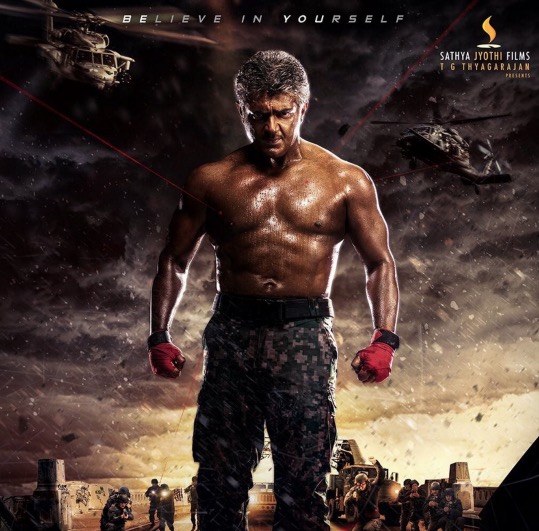 If Vivegam Movie released on Vijay’s birthday, that will be a nice gesture for Vijay and Ajith friendship. It will also make both the actors fans to feel happy and proud. Let’s wait for few more weeks and see the final release date of Ajith57.