The hot-trick combo proved their tie-up is ever failed. Vivegam is the third film for Ajith with the director Siva, there is nearly close to two years of gap between Ajith last film release. The fans are celebrating Vivegam in ever grand way. The movie is released worldwide on 24th August 2017. After the success of Veeram and Vedhalam, the combo met again for Vivegam along with the music director Anirudh.

The fans are very happy because of the story and acting of actor Ajith. The movie getting good response by the all audience, not only from the Ajith fans alone. The VFX team also getting claps for their hard-work in this film. The editor Ruben is one of the important technician in this film, who early worked with Rajamouli for his India’s mega blockbuster film Baahubali. 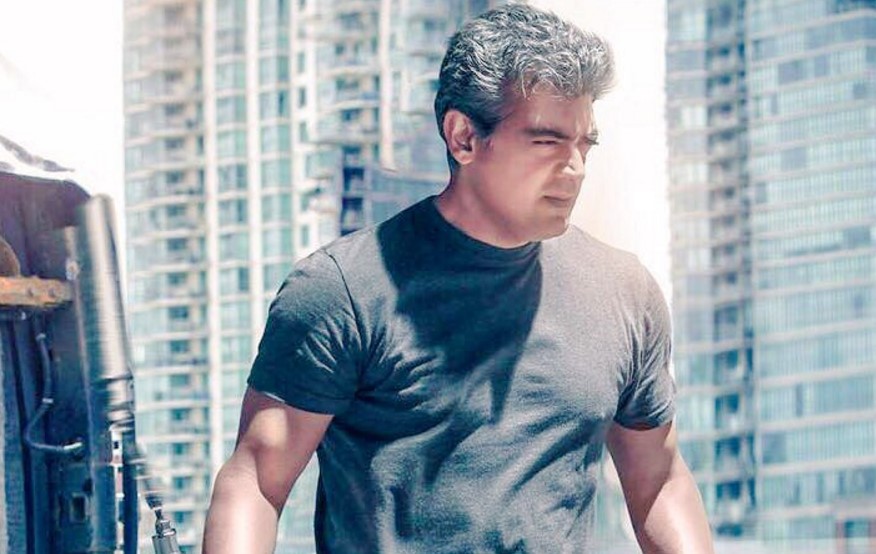 Oberoi, Kajal Aggareal and Akshara Haasan are the other lead characters of the this film. The editor Ruben has recently said that “Reason to feel proud about Vivegam is that we didn’t outsource CGIand VFX technicians from other states or country. All our technicians are from Chennai, and they have delivered world-class output.” The team proved their skills without the help of others across the world. Director Siva delivered the film as good as like previous films.

Director Siva taking Ajith to the next levels from the small budget film to biggest budget film. The first film of the combo tied up for the project Veeram, which was fully in Tamil Nadu and the team went outside only for Songs. For the second film, they went out from the Tamil Nadu and within India at Mumbai for Vedhalam. Now, they both had long time shoots in aboard for Vivegam as International level film. 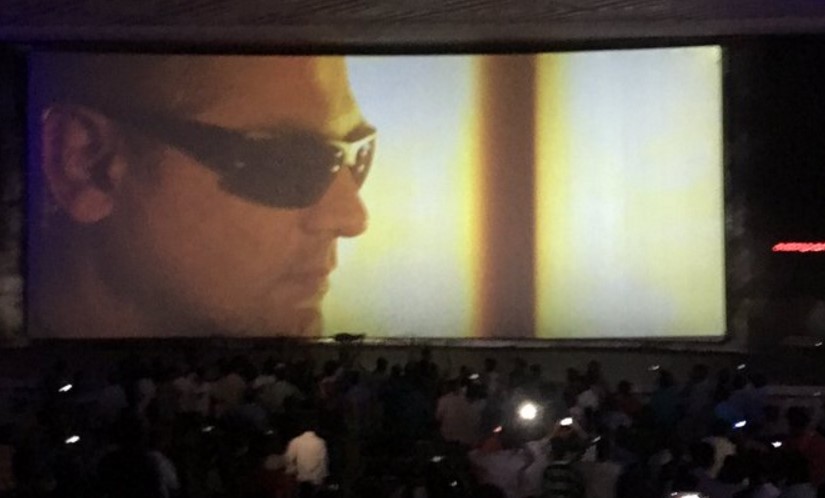 Vivegam Review: In the Vivegam first half, It is Truly good Hard work, their effort shows in all portions as packed with splendid theater moments. Thala at his best. Vivegam has one of the best Ajith’s intro sequences. So, we requested all the audience don’t go in late. After the intro scenes, Surviva takes place and ruling the sound boxes of the theatres. We can see the Aijth’s bike chasing segments immediately in the first half of the film itself.

According to the first half Review, the repeat value of the film is guaranteed. Vivegam second half is all about the race. So, there is no place to slowdown your patience at any point in the screenplay of the Ajith’s Vivegam. This is a biggest Spy-action thriller film of Tamil cinema in 2017. 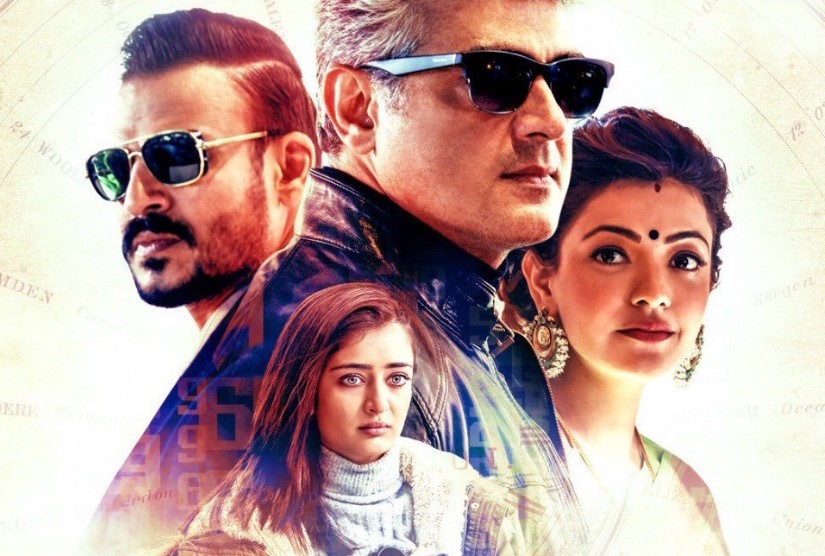 Vivegam Rating: Ajith and Vivek oberai played well in this flick. Also, actress Akshara who carrying password in her hand. Anirudh’s Army Background music getting applause and whistles. As mentioned previously, all the cast and crew had their hard work for this film. Especially, Ajith takes more risk this movie when to compare with his past recent movies. Overall all the film packed with the rating of 3.5 out of 5 by the critics. From the audience, they all satisfied fully for Thala Ajith, Siva, and Anirudh’s background musics.

Vivegam Story plot: The film is all about the Army. While Aijth and Vivek Oberoi are friends in this film. They both moving to Europe for their secret mission along with Akshara Haasan. The team wants to save their motherland, India is the main story plot of this film. 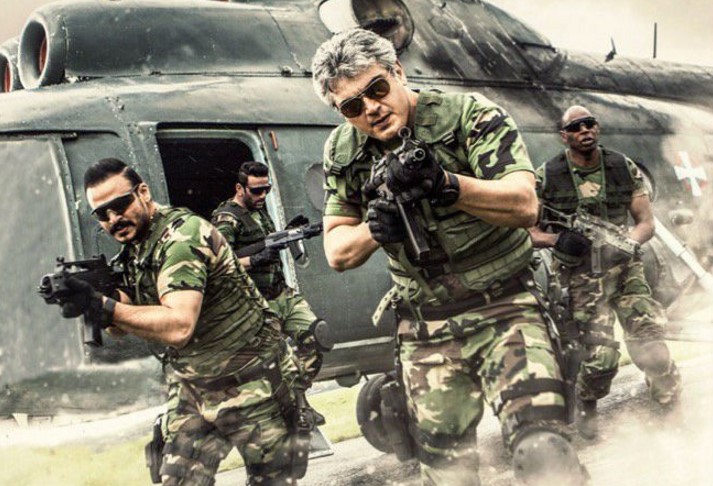 Abishek S (Fully Flimy): Having made an authentic action film, #Siva could have let go the tinge of regularity! But, a landmark film for #Thala
Content 4 two films wrapped in 1! #Thala #Ajith at his juncture decides to take the giant leap! He has submitted himself to @directorsiva
1st half is just bang on! Not a single frame goes wasted! Expect for a bit of cliche’s, #Vivegam will earn quite a bit of technical awards!

Kaushik LM‏ (Reviewer), YouTube – Cinema Pesalam: #Vivegam – @anirudhofficial is a main pillar. The film is completely in his ‘happening’ zone. His songs + BGM support #Thala #Ajith’s mass!
#Vivegam – @MsKajalAggarwal adds the emotional, ‘family angle’ touch to the film as the determined wife. Her most weighty part in Tamil yet.
#Vivegam -@vetrivisuals will be the most in-demand DoP now. Stunning work & Hatsoff to the stunt masters, VFX team. Technically top notch!
#Vivegam – Edit @AntonyLRuben has handled so many elements & presented a film, high on geeky stuff alien to the native Tamil audience, well.
#Vivegam 2nd half – More theater moments with #ThalaiViduthalai, smart sniper action & the final 10 mins when #Thala #Ajith fans went wild!
#Vivegam -Sheer guts from @directorsiva to totally break his mass template. As he said he has delivered a hardcore international action film
#Vivegam 1st half – Has repeat value already! @anirudhofficial ..Now, the #Phoenix shall rise.. Bring on the 2nd half, @directorsiva & co.
#Vivegam 1st half -Has one of #Thala #Ajith’s best intro sequences(don’t go in late), then there is #Surviva, the bike chase segment etc etc
#Vivegam 1st half – Truly good Hard work, effort shows in all areas Packed with splendid theater moments. #Thala at his best #ReadyToRage

Generally we requested all the audience please visit theaters to watch Vivegam and other new films. Avoid online piracy, if you found any links to download Vivegam online, then sent the complaint to concern authorities.