Vivo V7+ is set to launch today in India finally, this is bezel-less display phone by the current biggest smartphone manufacturer in China. As per the official update, the Vivo V7+ launch event takes place in Mumbai. The company planned to showcase the launch event in live on many popular social medias like Facebook, Twitter, and YouTube. Also, people can watch the Vivo V7+ live launch in Hotstar, Flipkart, and Amazon India. Recently, the company updated few more list of live streaming platforms, all the leading news portals like NDTV, TOI, MoneyControl, The Hindu, Hindustan Times, The Indian Express, and more. You can catch this launch event at 12:45 pm Indian Standard Time. 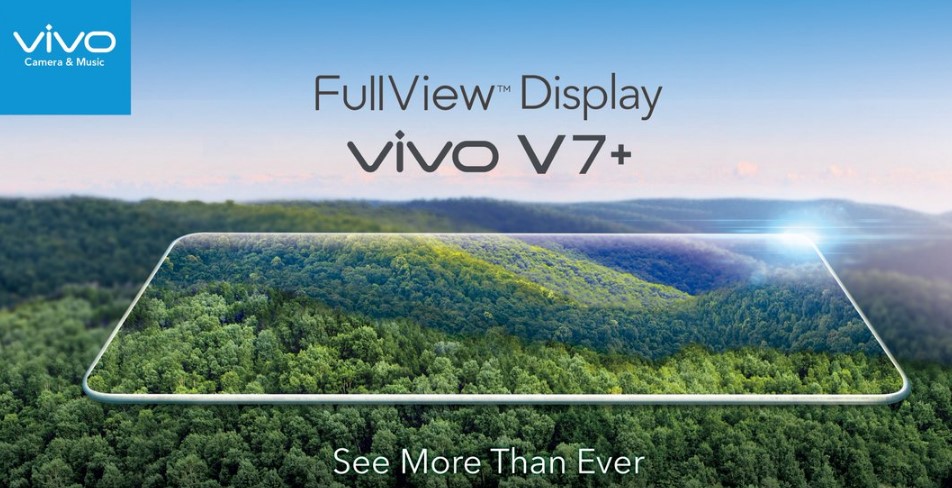 LG G6 and Samsung Galaxy S8+ has out with the feature of a bezel-less display. After these two companies, the other Chinese smartphone maker comes up with this same feature. Before the official launch of the phone in India, they released many teasers so far. From that, it shows the phone will be released with the grand display feature. From the various teasers and poster, the phone witnessed with a massive 5.99-inch FullView display. The Vivo V7+ screen resolution is in between 1440 x 720.

From the rumors and assumptions, the phone will be available with the 4Gb RAM and 64GB inbuilt memory, and Snapdragon 625 (MSM8953) SoC. By using the expandable microSD card, we can expand the storage as high than 64 GB.

Get all the official features, price, and specification of V7+ while launching the phone today in Mumbai. Because of the Bezel-less display feature, it is expecting that the cameras have designed with 24MP and 16MP. So, the price of Vivo V7+ will be around Rs 25,000.

September 2017 had many new and big launches. Apple event is one in that which is expecting the iPhone 8 launch on next week. Samsung’s upcoming mobile phone launch also likely to be held in the same week of Apple event.