Vivo V7+ launched finally today in Mumbai with the price tag of Rs 21,990. Maximum of the rumors about the V7+ specification which mentioned is true. The latest flagship by the Chinese smartphone maker is now available only on online. Visit Flipkart and Amazon India, those who like to buy this new handset. Which comes in two different variants of colors such as Matte Black and Gold. The Full View Display is one of the major features of this phone especially, it is with thin bezels on the side. There is no physical front home button on this phone. But, the fingerprint scanner is placed at the back side.

This phone consisted with the 4GB RAM and 64GB internal storage and it runs under the operating system of Android Nougat 7.1.2. While the maker added their FunTouch OS on top. The 5.99-inch screen had the resolution of 1440 x 720 pixels. Qualcomm Snapdragon 450 processor is used in this phone and the battery on board is 3225 mAh. 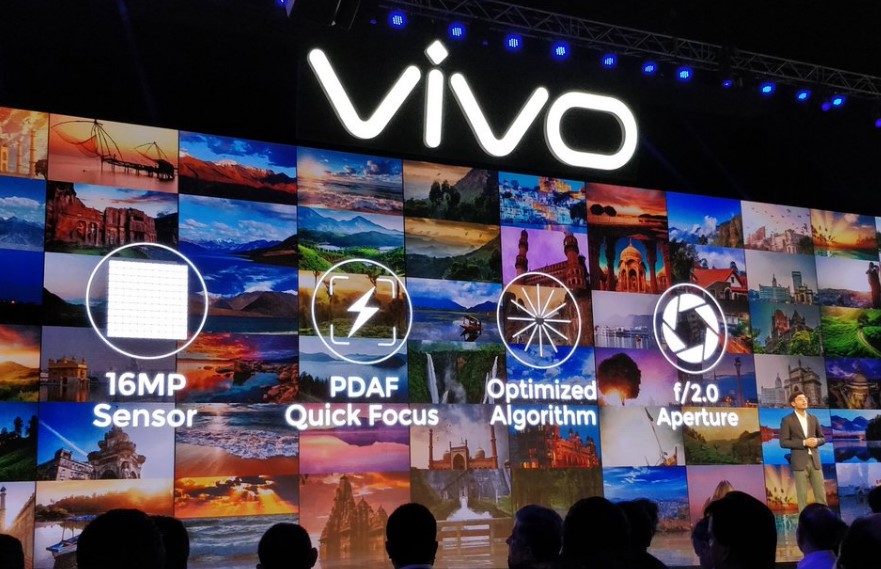 Regarding Vivo V7+ camera: The phone had a 24MP selfie camera with LED flash light which consisted with the specifications of portrait modes, where the background gets blurred in the photograph. As like the previous releases by the company, the V7+ also having the group selfies and Beauty 7.0. The rear camera arrives with the feature of 16MP with f/2.0 aperture and PDAF. The user can unlock their phone by using the face scanner.

The company says that the Vivo V7+ has a screen-to-body ratio of 84 per cent. Currently, the company asked the people who like buy to pre-order the phone on or before September 15. As mentioned above, the V7+ is available on Flipkart, and Amazon.in.

Buy Vivo V7+ on Flipkart and get the free screen replacement offer, get one BookMyShow ticket for one couple, use the exchange offer and reduce the price.