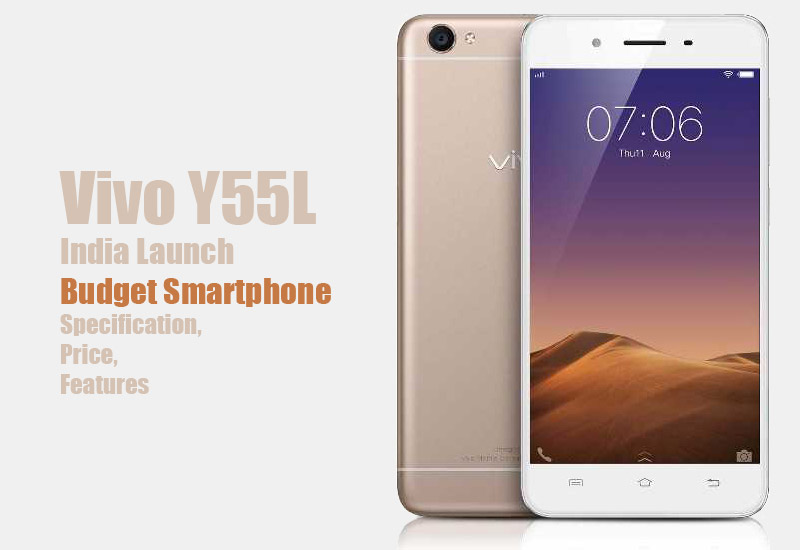 Nowadays, most of the smartphone makers introducing their own operating system. Even though, they didn’t forget to add the Google’s Android operating system. The Vivo Y55L had also designed with the combination of Operating Systems. The customers can buy this Smartphone through online and also at multi-brand stores, Retail mobile phone channels.

The latest release of the upgrade version of Vivo Y51L is Vivo Y55L. This new smartphone has launched in India for the price of Rs. 11,980. It may vary based on the discount offers at online shop and also at the offline retail shops.

The latest Vivo arrives with the 5.2-inch (13.21cm) HD display and it is designed with the resolution of 1280×720 pixels. This new smartphone powered by the Octa-core 1.4GHz Qualcomm Snapdragon 430 processor. The users can get the 2Gb RAM and 16GB of internal memory storage. It has the capable of expanding up to 128GB of memory storage of external by using the microSD card.

Vivo Y55L Camera: The rear camera has made with the LED Flashlight. The primary camera had the power of 8MP and the secondary selfie front facing camera had the 5MP quality.

Android 6.0 Marshmallow has used for the operating system, and the Funtouch OS 2.6 has utilized for the skin. The phone will be available in two different colors called Gold and Space Grey. It is powered by the non-removable battery of 2730mAh.