Dora Teaser: Actress Nayanthara starring Dora movie teaser has been released on the YouTube on 17th February 2017. Earlier, Enga Pora Dora song from the movie was released and got superhit, became familiar to the Tamil audience. The Dora movie Official teaser was released on Sony Music India Official YouTube channel. Within few minutes of the release, Dora Teaser got 10,000+ views with 1000+ likes.

Vivek Siva & Mervin Solomon are the composers of Dora movie. Doss Ramasamy is the director of the movie and it is produced by Hitesh Jhabak. At the end of the Dora teaser, there is a walk by Nayanthara which is getting a huge response from the audience. The walk in the Dora trailer proved herself as a Lady Superstar of Kollywood cinema industry. Watch the horror Teaser or Trailer of the movie below on this page. 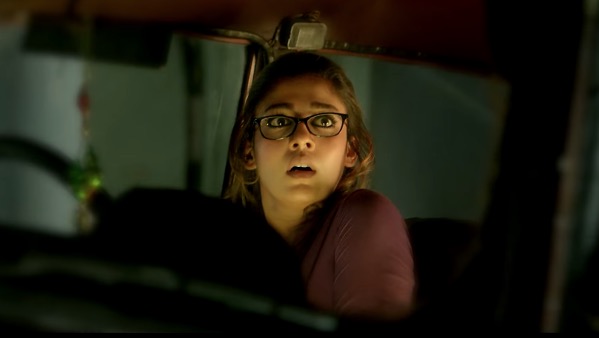 How many of you impressed with that majestic walk by Nayanthara which resembles Billa movie walk? Comment your reviews and rating on the teaser.