Paambhu Sattai Teaser: The upcoming Tamil movie of Bobby Simha and Keerthy Suresh featured Paambu Sattai Teaser has released. The Official Teaser or sneak peek has launched in the Think Music India on November 9th evening. The movie has written and directed by the new director, Adam Dasan. Apart from Bobby Simha and Keerthy Suresh, Muktha Bahu has also played in the important role. The debutant Adam Dasan directorial film has produced by three persons as K.Gangatharan, Mano Bala, and D.Natarajan. Watch the Paambhu Sattai Teaser here below.

The 1-minute and 7-seconds running Paambhu Sattai Teaser has started with the scene of street performer girl on top of the tall stick and showed the thrilled stunt. Bobby Simha’s introduction at the time of 34th second of this teaser with the bag of Rs 500 Indian currency notes. He is running towards the bag and the title of the movie appeared at 43rd second. Then the lead female of this movie, Keerthy Suresh simply take a walk on the road side and sitting on the wall nearest to the railway track.

According to the source, Muktha Bhanu will appear as the Sales girl in this film. Due to some production issues, the film is delayed for this release. It is Keerthy Suresh second film in Tamil Cinema actually. She has done this film in mid-2015. 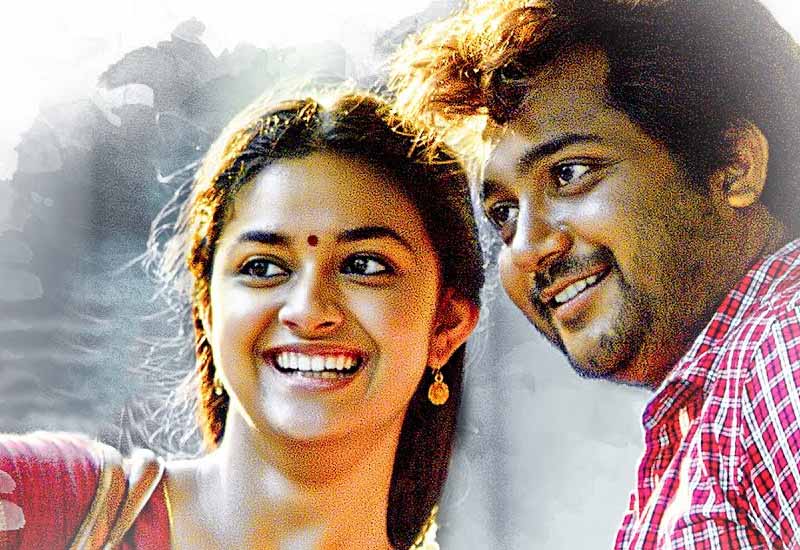 The Paambhu Sattai Audio launch and trailer date will be updated shortly after the official announcement. The music director Ajesh composed all the songs. The film has produced under three banners such as Picture House, Cinema City, and Abi & Abi Pictures. The Music rights of the film have sold to Think Music.